Cruel, and no deterrent: why Australia’s policy on asylum seekers must change

The Coalition’s election victory on May 18 had an immediate psychological effect on the refugees on Manus Island, with reports of several people attempting suicide.

Two class-action lawsuits currently before the High Court allege “torture”, “persecution” and “other inhumane acts” in Australia’s offshore detention centres. This action follows an action for damages in 2018 that the federal government settled for A$70 million, effectively admitting that the claims of mistreatment were well-founded.

The Iranian-Kurdish journalist and poet Behrouz Boochani, who has been detained on Manus for six years, has borne witness to a cruel system in his book, No Friend But the Mountain. Written secretly on a mobile phone, the book has won a swag of major Australian literary awards.

As a result of the testimonials of Boochani and others, the terrible conditions on Nauru and Manus are well-known. There are regular reports of physical and mental illness due to unsanitary conditions, cruel treatment and hospitals with no capacity to deal with the extent and severity of the health crisis among the refugee populations.

These reports reinforce the underlying cruelty of subjecting innocent human beings to indefinite and arbitrary detention in the first place. And to what end?

There is no justification for offshore detention

For many years, there has been no justification for the detention of asylum seekers on Manus and Nauru.

The original justification of deterring others from making the dangerous journey from Indonesia to Australia carries no weight. The point has been well and truly made that attempting to reach Australia by boat is a futile exercise. In the words of the allegations in the class action, the journey will result in years of:

The government claimed that the medivac law passed in February risked a new wave of boat arrivals and spent over A$180 million reopening the Christmas Island detention centre in preparation for new arrivals. The government has since committed to closing Christmas Island again. The expense involved in this political exercise is staggering, with absolutely no benefit to the taxpayer.

There has also been no new wave of boat arrivals. Deputy Prime Minister Michael McCormack revealed Thursday that a boat from Sri Lanka had been intercepted near Christmas Island this month. However, the details of who was on board, and why the boat was in Australian waters has not been made publicly available.

There will always be the occasional refugee boat arriving Australian waters for a variety of reasons, but it is important to distinguish these isolated occurrences from a reigniting of the people-smuggling trade.

It’s high time the government ceased linking detention on Manus and Nauru to stopping the boats. The evidence does not stack up. As I, and others, have argued previously, the experience during the Howard years suggests that simply the possibility of offshore detention is a sufficient deterrent.

When the government settled asylum seekers on Nauru in Australia and New Zealand from 2002-04, without dismantling the offshore detention regime, asylum seekers did not begin arriving by boat.

It’s important to remember that asylum seekers have done nothing wrong in seeking our protection. Australia is a signatory to the UNHCR Refugee Convention, which establishes a responsibility to protect people who arrive on our border seeking protection. If offshore detention can be justified as deterrence at all, it must surely be kept to the bare minimum, in the context of our protection obligations.

Long-term detention is simply cruel and rightly labelled a “crime against humanity”.

If there is even a remote possibility of a boat arriving in response to resettling refugees from Manus and Nauru in Australia and New Zealand, the government has many deterrence strategies at its disposal.

One novel strategy that avoids the need for offshore detention is Labor’s 2011 Malaysia arrangement. The deal was a simple one. In exchange for the transfer to Malaysia of 800 asylum seekers who arrived in Australia by boat, Australia would provide financial assistance to Malaysia and resettle 4,000 UNHCR-recognised refugees on top of existing commitments to resettle refugees from the region.

An important part of the arrangement was that those asylum seekers returned to Malaysia would not be penalised, and would be provided with housing, the right to work, and access to education for children.

The arrangement would act as an effective deterrent to people taking a boat to Australia to seek asylum because their expensive and dangerous journey would just result in their return to Malaysia. The Malaysia arrangement had the benefit of refocusing Australia’s response to asylum seekers and drawing in our neighbours to a regional response.

It’s critical that the Australian government take a new direction in refugee policy and move beyond its tired and false rhetoric of deterrence as a justification for detaining refugees on Nauru and Manus. 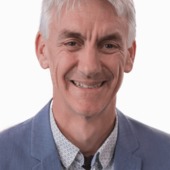