Could the COVID vaccines affect your period? We don’t know yet — but there’s no cause for concern

Over recent weeks, news reports have indicated some women are experiencing irregularities in their menstrual cycles after receiving a COVID vaccine.

This has included periods arriving early and being heavier than usual, or being absent or late, among other changes.

At this stage, there’s no research evidence to support these anecdotal reports. But it is plausible there might be a link, and it’s worth researching further.

In the original trials of the COVID vaccines, the researchers looked for whether the vaccine was effective at preventing symptomatic COVID-19, comparing it to a placebo injection.

They also looked for any serious complications, such as allergic reactions, and side effects sometimes associated with vaccination, like fever.

But the original studies didn’t report on any changes to menstrual cycles, such as if periods would come early or late, if they would be heavier or lighter, or if they would be more or less painful. This is not particularly surprising — clinical trials don’t commonly measure this outcome.

Unfortunately, without any data, we can’t provide public health information on this potential side effect. So women of reproductive age don’t know what to expect. And if they do notice their next period is different from usual, they can understandably become worried.

In theory, a vaccine could affect a woman’s period. A vaccine is meant to induce an immune response in the body, and this immune response could have an impact on the menstrual cycle.

The menstrual cycle is primarily under the control of a complex interplay of hormones released by the brain and acting on the ovaries and in turn, on the uterus.

In the first half of the cycle, which is dependent on the female sex hormone oestrogen, the endometrial lining is starting to build up in the uterus and the follicles (eggs and their surrounding tissue) are maturing in the ovary.

In the middle of the cycle, a surge in a hormone called luteinising hormone acts on the ovary to release an oocyte (egg) from the most mature of the follicles, or ovulation.

In the second half of the cycle, which is dependent on another sex hormone called progesterone, the endometrial lining thickens significantly in preparation for a fertilised egg to implant. If pregnancy doesn’t occur, then progesterone falls quickly, leading to a shedding of the lining of the uterus, or menstruation.

The cycle is also mediated in part by the immune system. For example, certain immune cells, such as macrophages, mast cells and neutrophils, are found in the endometrial lining, and involved in the shedding of the lining of the uterus during the menstrual cycle, and rebuilding it for the next cycle.

So it’s possible receiving a vaccine and having the expected immune response could affect the complex interplay between immune cells and signals in the uterus, and lead to the next period being heavier, more painful or longer.

We need studies to explore this

A researcher in Illinois is asking volunteers to participate in an online survey about their experiences with menstruation after receiving a COVID vaccine.

This may help figure out how many women are observing menstrual irregularities after the vaccine. But one problem is there’s no comparison group — namely women who didn’t receive the vaccine.

Further, the data being collected are retrospective, which are limited by recall bias. If you believe menstrual issues are related to the vaccine, you may be more inclined to remember that after the vaccine you had several months ago, you did have a heavier period.

There are many reasons your period might be irregular

Anything that impacts hormones or your immune system, such as stress, diet, exercise, sleep or illness, could impact your cycle.

In this regard, the vaccine could possibly affect your cycle indirectly too. Some women may be stressed about getting the vaccine, while others will feel relieved at being vaccinated.

The good news is that if you experience disruptions to only one cycle — whatever the reason — there’s likely no need to be concerned. If irregular, painful or heavy periods persist for more than three months, then speak to your doctor.

This is no reason not to get the vaccine

The focus on this issue in the media is a good way to start a public discussion about menstruation. And emerging research is an important means to get more information about what women of reproductive age can expect after the vaccine.

But anecdotal reports of some menstrual irregularities is not a reason to avoid getting the vaccine. Getting infected with COVID-19 is much more likely to interfere with your health, including your menstrual health.

There’s certainly no scientific basis to reports some women have experienced changes to their periods from simply being around people who have been vaccinated.

If you’re eligible to receive a vaccine, then do so. And if you do have a heavier period next month, think of it like a temporary side effect, and try not to worry. 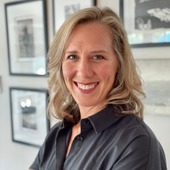