It’s less than two weeks to go until Antenna’s 10th anniversary edition kicks off, and this year’s program features an amazing selection of Australian documentaries – including two World Premieres!

From Feature Documentary Competition-selected The Lake of Scars‘ story of allyship, environmentalism and cultural rebirth on Dja Dja Wurrung land through to Chef Antonio’s Recipes for Revolution‘s journey through the lives, loves, dreams and dramas of the people living with Down syndrome who staff an Italian restaurant, don’t miss your chance to see these captivating local stories on the big screen.

They’re joined by Meet the Wallers, which offers a peek into one family’s turbulent life filmed over twenty years; Ablaze, a deep-dive into the mystery surrounding an untitled silent movie that just might be the first directed by an Aboriginal filmmaker; In(di)visible, a deeply personal contemplation of the indivisibility of our external and interior lives; and the films in Session One and Session Two of the Australian Documentary Short Competition, which are just as eclectic, insightful and must-see as their feature counterparts.

Antenna returns to cinemas across Sydney, 2–13 February. Read more about our Australian showcase below, or head to our website to see the full program. 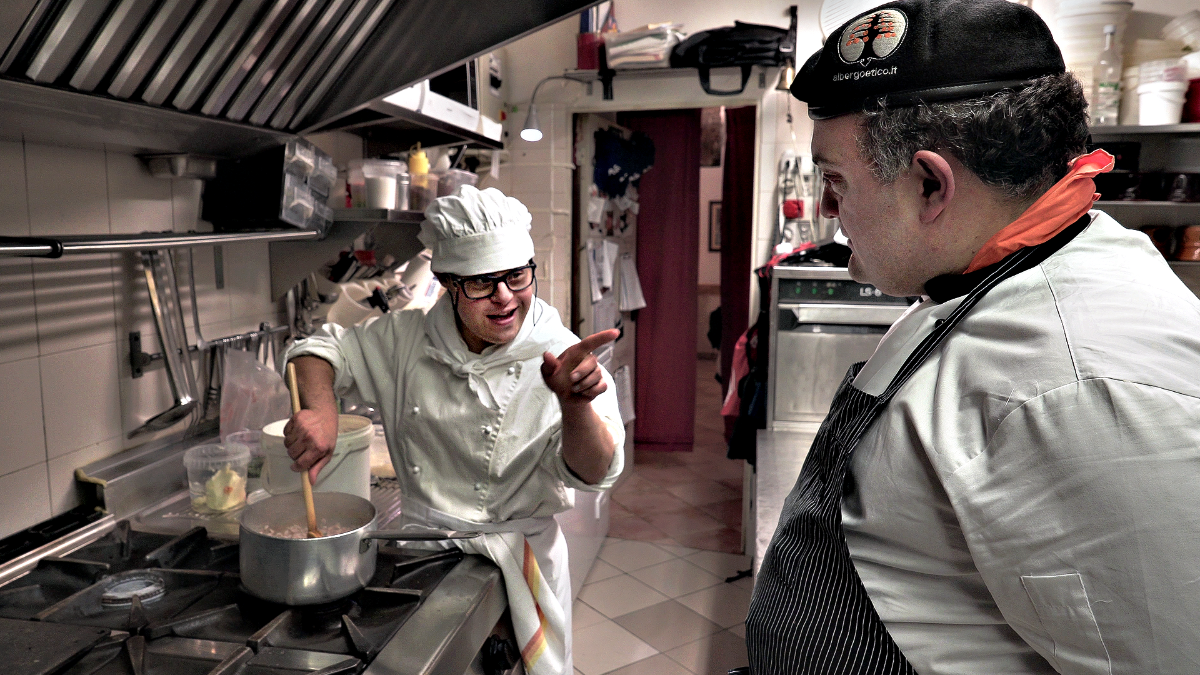 Chef Antonio de Benedetto is on a quest to change the world with his delicious Italian food. His apprentices are Mirko Piras, a young man born with Down syndrome, who dreams of becoming a great chef “just like Antonio” and Jessica Berta, an ambitious waitress who’s also set her sights on a career among the pots and pans. Their tiny kitchen is the beating heart of a revolutionary restaurant and hotel like no other. Chef Antonio’s Recipes for Revolution is their closely observed journey, told in first person, through their lives and loves, dreams and dramas. 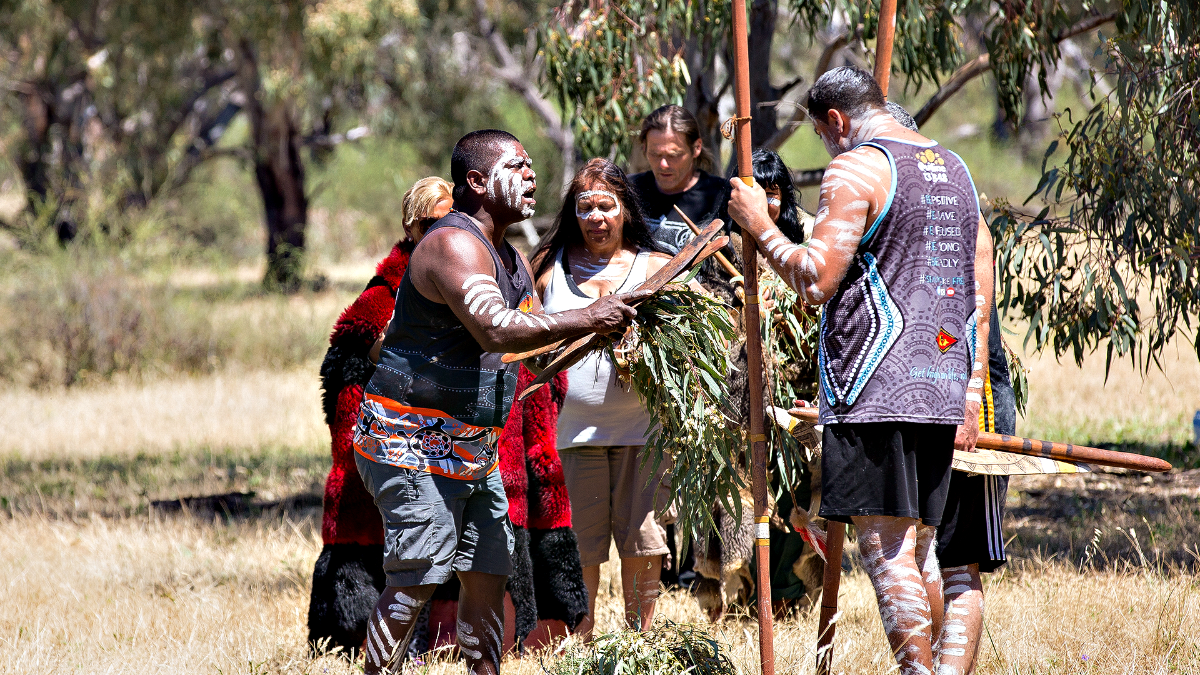 In a corner of regional Victoria exists a place of astounding natural beauty, archaeological significance and age-old culture. But the Indigenous scarred trees and artefacts found here are at risk. With the blessing of the local Dja Dja Wurrung People, Aboriginal and non-Aboriginal people work together against the clock to preserve what they can, including Jida Gulpilil – son of legendary actor David – who brings his own flavour to his mother’s country. The Lake of Scars offers a picture of what reconciliation might look like. But is that idea harder to achieve than it seems? 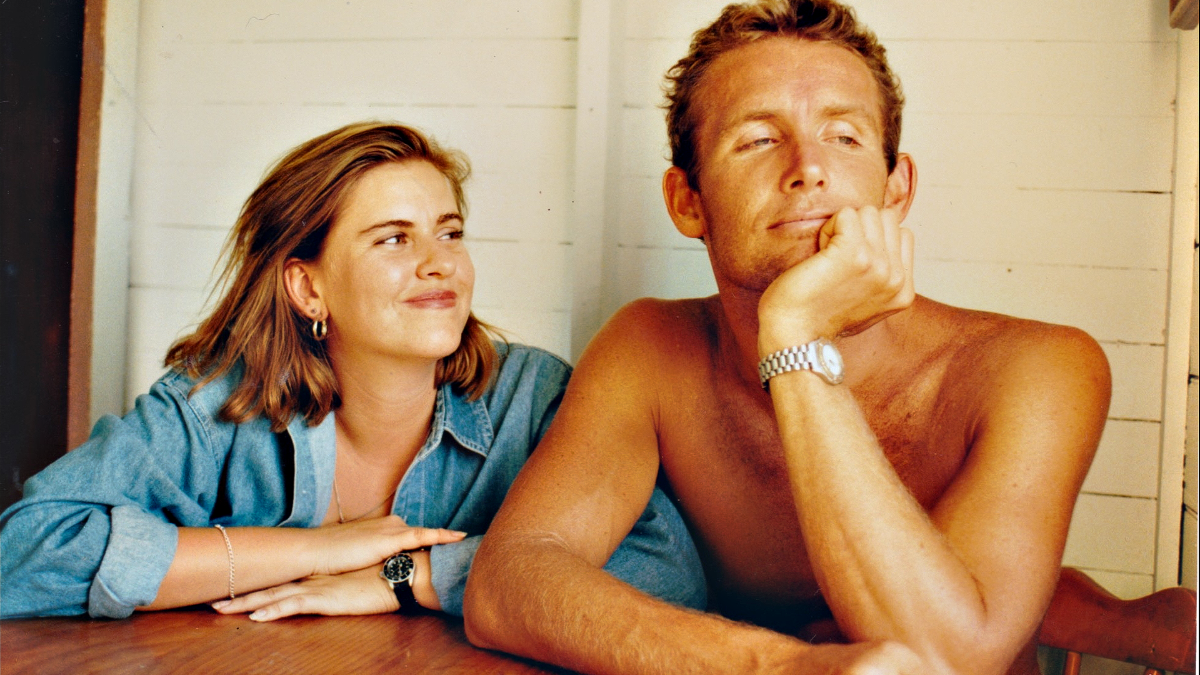 Mark Waller is a painter and dreamer who sees angels in the street, but he often can’t see what’s in front of him. Nicole experiences depression. Their daughters, Jasmine and Emily – babies at the outset and graduates by the end of our story – negotiate their parents’ issues while juggling their own sibling rivalries. When Mark is diagnosed with a deadly melanoma the fault lines in the Waller family erupt with surprising results in this remarkable meditation on art, mortality, philanthropy and happiness, twenty years in the making.

Director Jim Stevens and Nicole and Mark Waller, the subjects of the film, will participate in an in-person Q&A following the screening. 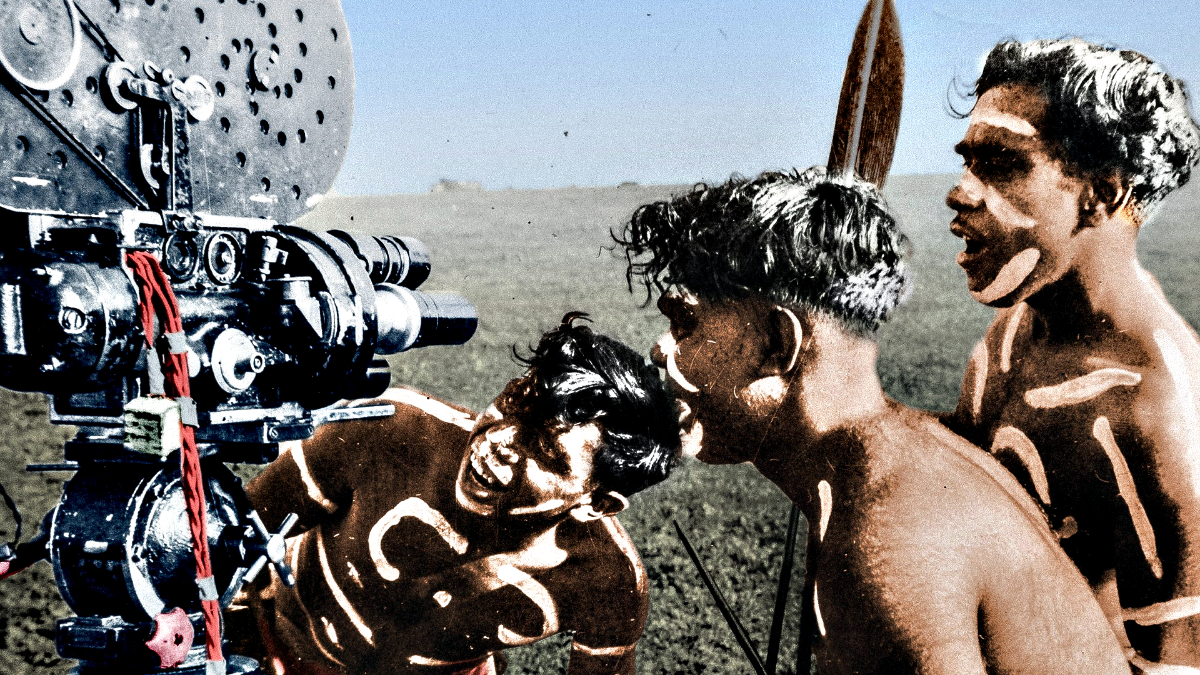 Tiriki Onus sets out to uncover the mystery surrounding an untitled silent movie discovered inside a vault with compelling links to his larger-than-life grandfather, Bill. A charismatic cultural leader, entrepreneur, television host and theatre impresario (and possibly the first Aboriginal filmmaker), there’s much about him Tiriki still doesn’t know. From workers’ strikes and early titles in a nascent national cinema, to trailblazing Aboriginal-led stage plays and the first ever Moomba Festival, Ablaze reveals a compelling untold tale of activism, resistance and politically-driven art-making. 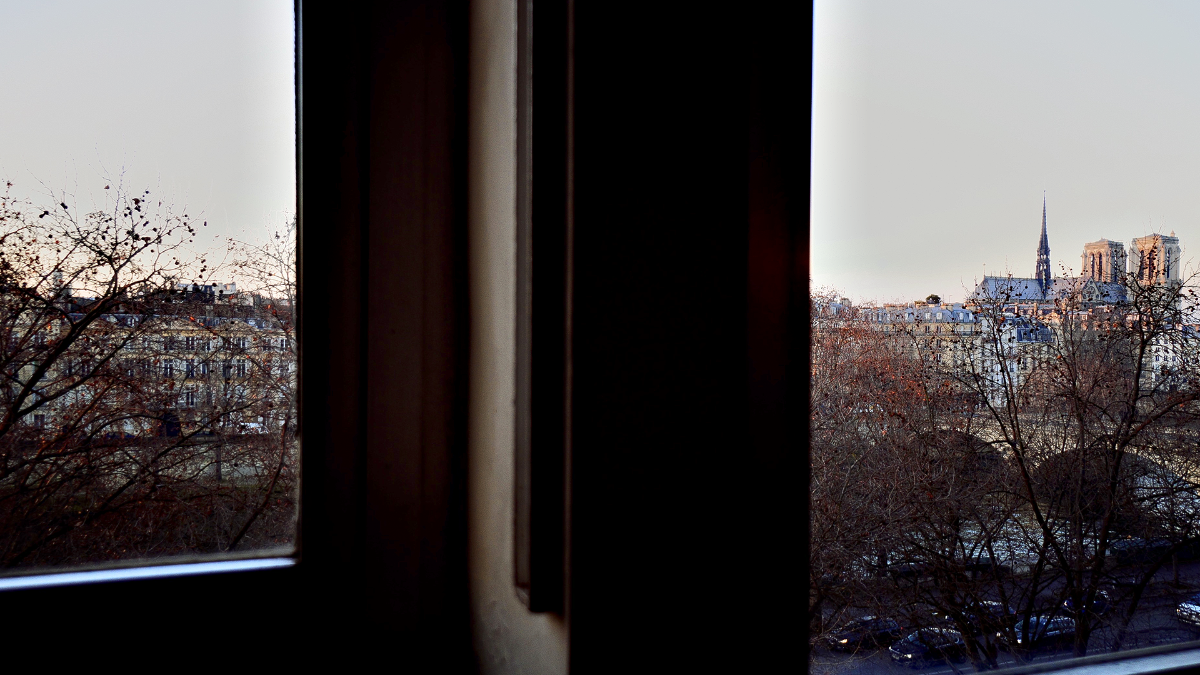 Filmed through the window of filmmaker and artist Ben Ferris’ studio while on residency at the Cité internationale des arts in Paris in 2017, In(di)visible‘s single frame contemplates the indivisibility of our external and interior lives, and questions our capacity to comprehend the present moment at a time before the world changed forever. Merging personal diary entries with anecdotes and dreams, it is an intensely personal work by a filmmaker attempting to make sense of a world during the inauguration of President Trump.

Director Ben Ferris will participate in an in-person Q&A following the screening. 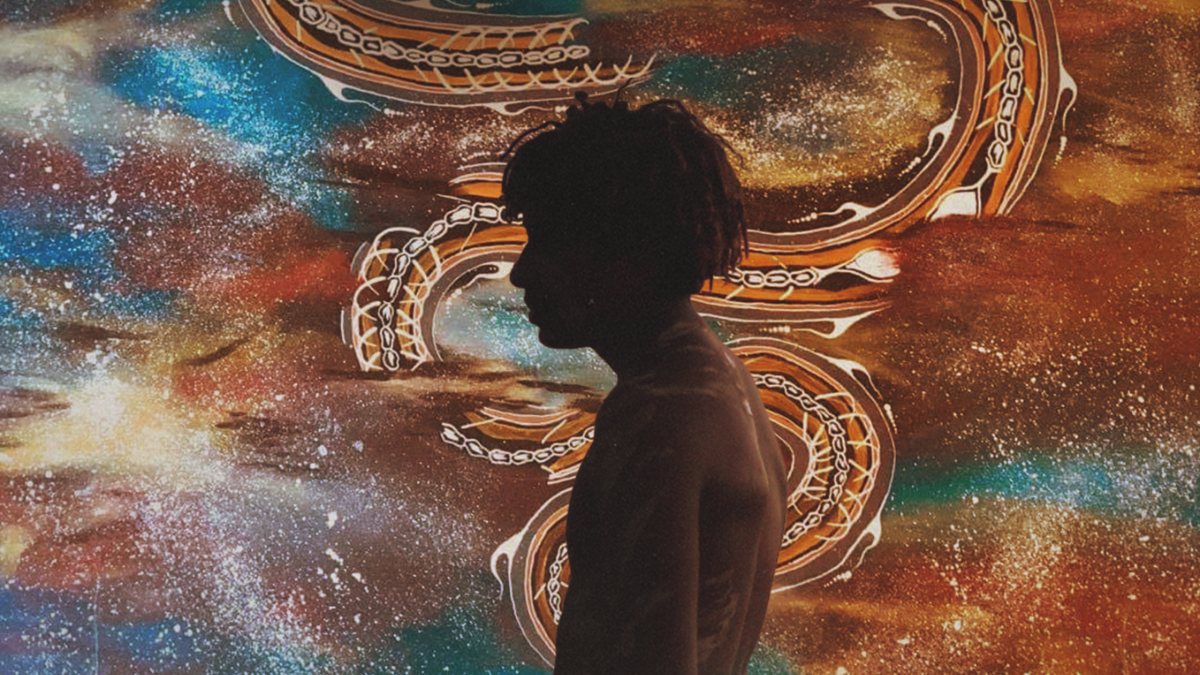 SESSION ONE
12:00pm Sun 6 Feb, Palace Verona
Covering everything from a homeless man’s campaign to help drought-stricken outback communities to the weird and wonderful world of Australian indie wrestling, this eclectic selection ranges from light-hearted and fun to emotional and thought-provoking, featuring Accounts of a Nuclear Whistleblower (Naveed Farro), BAMA (Jahvis Loveday), The Bystander Story (Kathryn Millard), The Father of Rodents (Bryn Chainey), Forgiveness Day (Derek Ho), Where is My Darling? (Adam Finney) and With the Cattle (Cameron Dunlop). 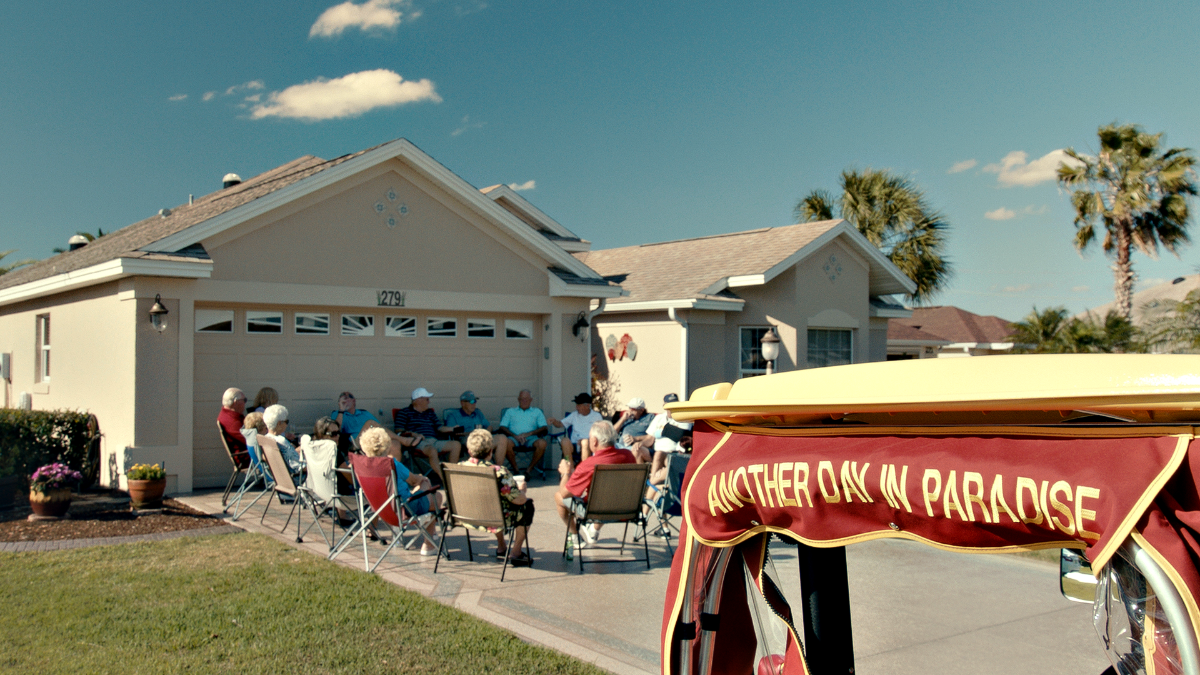 We wish to reassure audiences that we are committed to your safety and comfort. As such, it is a condition of entry to all Antenna screenings and events that guests and staff are fully vaccinated (minimum two doses, unless medically exempt) and wear a face mask at all times within the venue. Thank you for your understanding and cooperation as we work together to protect our guests, staff and the wider community.

Slam Bard at The Vineyard

Crime On The Couch – Sisters in Crime