As a coastal defence, the Great Barrier Reef’s value to communities goes way beyond tourism

Rising sea levels are widely recognised as a threat to coastal communities worldwide. In Australia, the Climate Council estimates that at least A$226 billion of assets and infrastructure will be exposed to inundation if sea levels rise by 1.1 metres. Another report recommended that global mean sea level rise of up to 2.7 metres this century should be considered in planning processes.

The Queensland state government has commissioned the QCoast2100 program. This program aims to help with the development of coastal climate adaptation plans for Queensland communities exposed to sea-level rise.

Although the largest population centres in Queensland are in the state’s southeast, several of the most populous regional centres in Australia are located along the Great Barrier Reef coastline between Gladstone and Cape York. These include Townsville, Cairns, Gladstone, Mackay and Port Douglas.

A major task in developing coastal adaptation plans under the QCoast2100 program is to model inundation from a range of scenarios for sea-level rises and assess how assets will be inundated in the future. However, another threat is on the horizon.

How urban centres are protected

Urban centres along the reef’s coastline, which forms the majority of the Queensland coast, are protected from major ocean storms by natural deposits of coastal sediments. These include dunes and associated vegetation such as coastal forests, wetlands and mangrove systems.

These natural features continue to exist largely because the Great Barrier Reef’s outer reefs dampen incoming ocean waves. Although exposed to the occasional cyclone – which can lead to short-term erosion at specific locations – much of the coastal zone inside the reef is slowly growing out into the sea.

This increasing buffer zone can form a natural barrier to coastal recession.

A recently released report estimated the total economic, social and icon asset value of the Great Barrier Reef at A$56 billion. By design, this report did not include many of the ecosystem services the reef provides. One of these is its role in reducing the energy of waves that impact the coastline behind the reef.

However, an earlier assessment of the total economic value of ecosystem services delivered by the reef estimated the present coastal protection benefit is worth at least A$10 billion.

Despite the inherent uncertainties in such assessments, it is clear the reef acts to reduce incoming wave energy and its impacts on cities and towns along much of the Queensland coastline. The total economic value of these benefits is in the billions of dollars.

What role is bleaching playing?

The Great Barrier Reef’s ability to keep protecting the Queensland shoreline, and communities living along it, depends upon the ability of individual reefs in the system to grow vertically to “keep up” with rising sea level.

The jury is still out on whether the outer reefs will be able to keep up with predicted rises. This is an active area of research.

However, it is clear reefs that are extensively affected by coral bleaching will struggle to maintain the essential processes required for productive reef-building. Many reefs are now experiencing net erosion.

Predictions of ocean warming suggest that bleaching events will become even more common in coming decades. Increasing levels of atmospheric carbon dioxide are also making the oceans more acidic, which makes it more difficult for organisms such as corals to maintain their skeletons, which are made of calcium carbonate. This mineral dissolves more rapidly with increasing acidification, reducing the reef’s capacity to recover from storm damage and coral bleaching.

Therefore, as bleaching events and acidification continue, the outer reefs that protect the Queensland coast from ocean waves will increasingly struggle to perform this function.

In turn, over time the Queensland coast will potentially suffer from more coastal erosion, which may increase the vulnerability of coastal infrastructure. This effect, combined with rising sea levels leading to more coastal inundation events, multiples the risks to coastal settlements and infrastructure. 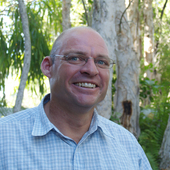 Rob Greaves
I have been with the Toorak Times since April 2012. I work as Senior Editor of the Toorak Times, but I also think of myself as senior contributor. I've been in the Australian music scene as a musician since 1964, and have worked in radio and TV and newspapers (when they were paper ), serious experience in audio editing, and a lot of video editing experience. Currently I'm working as a radio program producer for a national interview program as well as my work with the Toorak Times
Share
Facebook
Twitter
Pinterest
WhatsApp
Linkedin
Email
Print
Previous articleLatest eNews: Latest eNews: Extra show by popular demand for INCOGNITO | Inside THE WAY OUT rehearsals
Next articleHow do you know that what you know is true? That’s epistemology