“To be dead,” wrote the 20th century French philosopher Jean-Paul Sartre, “is to be a prey for the living.” Even Sartre, though, would have struggled to imagine casting James Dean in a movie 64 years after the actor’s death.

The curious announcement that Dean, who died in a car crash in 1955 having made just three films, will star in a movie adaptation of Gareth Crocker’s Vietnam War novel Finding Jack, has been met with outrage.

It would be a remarkable CGI achievement for any studio to resurrect an actor who has been dead since the Eisenhower administration.

True, the Star Wars movie Rogue One featured the late Peter Cushing “reprising” his role as Grand Moff Tarkin. But the new role given to Dean would reportedly be far larger and more complex. Cushing, at least, had already played Tarkin while he was alive.

In Finding Jack, “James Dean” will supposedly be starring in a film based on a novel written 80 years after he was born, set near the end of a war that started after he died. He will reportedly be reanimated via “full body” CGI using actual footage and photos; another actor will voice him.

The reaction to this goes beyond mere scepticism, however. Nor is it simply the now-familiar post-truth anxiety about no longer being able to tell what’s real and what isn’t. The rise of “deepfakes” presents a much greater threat on that front than bringing dead actors back to life.

What’s at work here is another pervasive challenge of the online era: how we should live with the digital dead.

People die online every day. Social media is increasingly full of electric corpses; at some point the dead will outnumber the living on platforms like Facebook. This already poses a range of ethical and practical problems. Some of these are the subject of a NSW Law Reform Commission inquiry into how we should deal with the digital assets of the dead and incapacitated.

These issues only get thornier once you add in the prospect of reanimation.

For most of this decade, digital immortality was confined to press releases and fiction. A string of start-ups promised breathlessly to let you cheat death via AI-driven avatars, only to disappear when it became clear their taglines were better than their products. (The Twitter app LivesOn’s “When your heart stops beating, you’ll keep tweeting” was undeniably clever).

“Be Right Back,” a 2013 episode of the TV series Black Mirror, imagined a young woman who signs up for a service that brings her dead partner back to life using his social media footprint: first as a chat bot, then as a phone-based voice simulator, and finally as a lifelike automaton. It was brilliant, bleak television, but thankfully, it wasn’t real.

Then in late 2015, 34-year-old Roman Mazurenko died in an accident in Moscow. As a tribute, his best friend, fellow tech entrepreneur Eugenia Kuyda, built the texts Mazurenko had sent her into a chat bot.

You can download Roman Mazurenko right now, wherever you get your apps, and talk to a dead man. Internet immortality might not be here yet, not quite, but it’s unsettlingly close.

Between remembrance and exploitation

Sadly, it’s not an immortality we could look forward to. When we fear death, one thing we particularly dread is the end of first-person experience.

Think of the experience you’re having reading this article. Someone else could be reading exactly the same words at the same time. But their experience will lack whatever it is that makes this your experience. That’s what scares us: if you die, that quality, what it’s like to be you, won’t exist anymore. And there is, to mangle a famous line from Thomas Nagel, nothing it is like to be a bot.

But what about living on for other people? The Mazurenko bot is clearly a work of mourning, and a work of love. Remembering the dead, wrote Kierkegaard, is the freest and most unselfish work of love, for the dead can neither force us to remember them nor reward us for doing so. But memory is fragile and attention is fickle.

It seems reasonable that we might use our new toys to help the dead linger in the lifeworld, to escape oblivion a little longer. The danger, as the philosopher Adam Buben has put it, is that memorialisation could slip into replacement.

An interactive avatar of the dead might simply become a stopgap, something you use to fill part of the hole the dead leave in our lives. That risks turning the dead into yet another resource for the living. The line between remembrance and exploitation is surprisingly porous.

That is what’s ultimately troubling about resurrecting James Dean. To watch a James Dean movie is to encounter, in some palpable way, the concrete person. Something of the face-to-face encounter survives the mediation of lens, celluloid and screen.

To make a new James Dean movie is something else. It’s to use the visual remains of Dean as a workable resource instead of letting him be who he is. Worse, it suggests that James Dean can be replaced, just as algorithm-driven avatars might come to replace, rather than simply commemorate, the dead.

We’ll know in time whether Finding Jack can live up to its likely premature hype. Even if it doesn’t, the need to think about how we protect the dead from our digital predations isn’t going away. 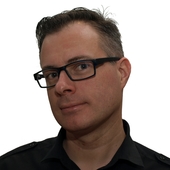 Renovations as stimulus? Home modifications can do so much more to transform people’s lives

All colours of the rainbow: why Tasmania’s new gender identity laws...

From the jarnpa of central Australia to trolls: the many meanings...

Why children need to be taught to think critically about Remembrance...

Robots with benefits: how sexbots are marketed as companions

Stuck in traffic: we need a smarter approach to congestion than...