It was the first stop on an extraordinary journey. On a bright but bitterly cold January afternoon earlier this year, I found myself on a small island in the Black Sea, just off Sozopol on the east coast of Bulgaria. Sveti Ivan has long been a destination for travellers: it boasted a temple of Apollo in ancient times. But I was there to speak to an old Bulgarian archaeologist about the most important find of his career.

In 2010, Kasimir Popkonstantinov discovered what he believes are the bones of one of the most famous of all saints: John the Baptist. I was interested in what DNA analysis could tell us about these bones, and other ones. Together with biblical scholar Joe Basile, I was travelling around the world filming a documentary about the religious and scientific evidence linking archaeological artefacts to Jesus Christ himself.

Popkonstantinov made his discovery when excavating a sixth century church on the island, built on top of a basilica from the century before. As he carefully scraped through the mud where the altar would have been, he came across a stone slab and was amazed to find a small marble box underneath. He immediately knew what it was. For a church to be consecrated in this part of Europe in the fifth century, it needed to contain a relic from a holy saint or religious person. This box, known as a reliquary, would have housed such a relic.

He continued to dig around and found another, smaller box about a metre away. On the edge of the inferior box was an inscription: “May God save you, servant Thomas. To Saint John.” When Kasimir later opened the reliquary, he found five bone fragments. The epitaph on the smaller box, probably used to carry the bones when travelling, was the key piece of evidence that led him to believe that the bones could perhaps be those of John the Baptist. The finding is hugely important, partly because John the Baptist was both a disciple of Jesus and his cousin – meaning they would share DNA.

Thanks to a number of scientific advances, the field of ancient DNA – the extraction and analysis of genetic material from bones and fossils of organisms dug up out of the ground – is booming. We now have DNA sequences from hundreds of people who are long since dead, and analysis of these sequences is further refining our understanding of human history.

DNA as proof of identity

I was initially sceptical about what the Bulgarian bones could teach us. For a start, no DNA test can prove that these were bits of John the Baptist, Jesus or any other specific person. We can’t extract and analyse an unknown DNA sample and magically say that it belonged to this or that historical character. To do that, we’d need to have a DNA sample that unambiguously came from John the Baptist that we could compare the bones to. So sequencing DNA in itself is not going to be too helpful.

Another major consideration is the risk of contamination. In an ideal scenario, ancient material we want to use for genetic analysis should be untouched by anyone since that person had died. The best ancient samples are dug out of the ground, put into a bag, and then sent straight to an ancient DNA lab. In the 500 years between John’s death and the bones being sealed in the church, any number of people could have handled them and left their DNA behind.

But this doesn’t mean that all is lost. DNA degrades over time, so we can test any DNA extracted from ancient remains for telltale signs of degradation. That means we can differentiate modern contamination from ancient genomes. We can also try to take DNA from the inside of bones and sequence DNA from the people who are known to have come into contact with the artefacts to help tell the ancient DNA and modern contaminants apart.

What DNA can tell you

DNA should be used as an additional tool to archaeology. In my opinion, there are two clear benefits that the analysis of DNA can bring to this particular party. We can compare the DNA from a relic to DNA from other relics. If we find other relics purported to be from John the Baptist, or a close relative like Jesus, then we could use genetics to compare the two to see if they are likely to have come from the same or related people. Also, we have growing collections of DNA sampled from people around the world, which we can use to make a guess on the geographical origins of the relics.

So what did the Bulgarian bones tell us? Radio carbon dating suggested they were indeed 2,000 years old. Their DNA sequence appeared to show an affinity to modern day Middle Eastern populations.

Unfortunately, when I spoke to the geneticist who did the research, he told me they had since discovered that the DNA sequence matched the person who’d actually extracted the bone material – meaning it was more than likely contamination. And they only had a small amount of material to work with, so it’s unlikely that we’ll be able to use DNA to get to the bottom of who the bones belonged to.

However, I also visited other scientists who had other relics, where DNA analysis could be possible. For example, recent research identified multiple people’s DNA on the The Turin Shroud, which is a piece of cloth that some believe wrapped Jesus when he was taken down from the cross.

In Jerusalem, we also met with a man who is in the process of sequencing material from the James Ossuary, a first century chalk box which may have held the bones of Jesus’s brother. We also met an archaeologist in Israel with several crucifixion nails, one of which was still embedded in a poor crucified soul’s heel bone. Unfortunately, it’s impossible to extract DNA from rusty iron.

While DNA analysis can’t prove that these are the artefacts some believe them to be, the hope is that these and other items could one day provide insight into the relationships between them and their modern descendants. Let’s assume for a moment that contamination could be completely ruled out and that DNA analysis demonstrated that DNA from the Shroud was a familial match to DNA from the James Ossuary – and that they are both related to the Bulgarian bones. Could this then have been the DNA of Jesus and his family? To answer that, all you need is a little belief. 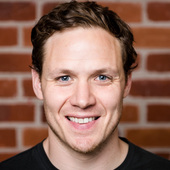