The decision by the Rolling Stones to remove their 1971 song Brown Sugar from the set list for their upcoming US tour has drawn both praise and criticism.

Read by some as a surrender to the “woke brigade” and by others as a reasonable response to the accusation the lyrics glorify “slavery, rape, torture and pedophilia”, the decision highlights the changing ethical considerations musicians must navigate in order to maintain a social license.

Brown Sugar was recorded in Alabama in late 1969 and released on the Rolling Stones’ 1971 album Sticky Fingers. The song is emblematic of the Stones’ energetic rhythm and blues sound and has been a mainstay of their set list for decades.

The lyrics explore the sexual exploitation of a black woman by slave traders and slave owners in America’s south, presenting a sexualised view of a marginalised group.

Contemporary and informed audiences would also recognise “brown sugar” as a reference to heroin.

Through the course of the song the singer moves from observer to an agent of this sexualisation.

And all her boyfriends were sweet 16
I’m no school boy but I know what I like
You should have heard them just around midnight.

While some interpretations of the song would like to see it primarily as a celebration of a drug counterculture, any pretence the phrase “Brown Sugar” is other than a reference to a black woman falls away in the final lyric of the studio album.

This combination of sexual imagery and illicit drug references in the song’s lyrics contributes to the culturally transgressive place the Rolling Stones occupy in popular music history.

A question of race

Some have little to say about matters of race in the Stone’s music. A recent essay in the Cambridge Companion to the Rolling Stones examines the contribution of non-band members to Brown Sugar, notably pianist Ian Stewart and saxophonist Bobby Keys, and interprets the lyrics as nothing more than “famously bawdy”.

But for many race is central to any consideration of the Stones’ output from this period. Patrick Burke, in Rock, Race and Radicalism in the 1960s sees the Stones as wallowing in racist stereotypes. He asserts Brown Sugar is a “lascivious celebration of sexual clichés associated with slavery.”

The song undeniably deals in confronting subject matter. Its removal from the set list causes us to question whether the song is racist and speaks to the changing parameters of ethical practice for musicians.

Keith Richards highlights this ambiguity in his comments on the removal of the song.

I don’t know. I’m trying to figure out with the sisters quite where the beef is. Didn’t they understand this was a song about the horrors of slavery?

Read more: Want to save the children? How child sexual abuse and human trafficking really work

Pulling the song from the set list seems to Morgan an unacceptable confession of guilt.

I would argue that whether Mick Jagger, in writing Brown Sugar, intended it to be racist misses the point.

My research examines how non-Aboriginal Australian composers have interacted with Australian Indigenous music.

As we learn more about other cultures – including a greater knowledge of what causes offence and what is painful – our behaviour needs to change.

Even if the style of Brown Sugar was once heard as an innocent rendering of an upbeat rhythm and blues sound (and as far back as the mid 1960s there have been critiques of the Rolling Stones co-option of Black culture), the ecstatic guitar riff, energetic piano and vigorous saxophone create an unacceptable dissonance in the ears of contemporary listeners.

To use such joyful music to accompany lyrics exploring the sexual exploitation which accompanied slavery clearly causes hurt to marginalised people. As music producer and author Ian Brennan notes, were someone in customer service was to utter the line “Brown Sugar how come you taste so good?”, they would be immediately fired.

The freedom to not play Brown Sugar

So does the Stones decision to pull the song damage their reputation? Is this an act of censorship, injuring artistic freedom?

I would argue the ethical musician should defer to the sensibilities of the marginalised group. The cost here is the Rolling Stones won’t play Brown Sugar live. This isn’t censorship; the song is readily available. It isn’t even iconoclasm – music history is not damaged and no idols have been smashed.

The Stones’ decision to pull the song isn’t a confession of racism. It is an ethical act and, in itself, an act of artistic freedom that preserves their social license and affirms their ongoing cultural significance. 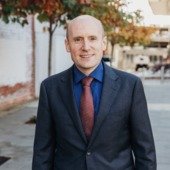