The two-day hearing, which concluded yesterday, focuses on Tasmanian legislation. But the case has implications for hardline laws introduced in New South Wales and Western Australia.

Standing outside the High Court, Brown summarised what is at stake:

Had these laws been in place a couple of decades ago the Franklin River would be dammed. The tropical rainforest of Queensland would be largely cut up… We’re here to defend the right of all Australians into the future to be able to show environmental destruction where it takes place.

Critics see these laws in Tasmania as part of a deliberate effort to stifle environmental protest as the government pursues its stated aim of “rebuilding Tasmania’s forestry industry”.

Laws that some scholars say put corporate interests ahead of democratic rights have been legislated internationally. However, the issue now before the High Court is narrow. Does the Tasmanian legislation breach the constitutional implied right to freedom of political communication?

Under the Act, a protest is defined as any activity that promotes “awareness of or support for … an opinion, or belief, in respect of a political, environmental, social, cultural or economic issue” taking place on business premises. Political expression is thus an explicit focus of the law. It creates numerous protest offences with serious penalties.

Protesters who do not leave a premises when directed by police face penalties of up to A$10,000 each. New offences of causing or threatening damage or risk to the safety of a business carry penalties of up to A$250,000 or 5 years’ imprisonment. The definition of “business premises” is very broad and includes land that may be publicly owned, such as “business access areas” and mining and forestry sites.

Tasmania’s former resources minister Paul Harriss, in a statement made when the bill was passed in 2014, said:

Tasmania will now have the strongest legislation in the country to protect the rights of workers to lawfully earn a living, while ensuring the right to free speech and legitimate protest have been protected… No longer will Tasmania tolerate the extremists; you may have your say but you may not stop workers from earning a living.

Two months earlier, the United Nations urged Tasmania to withdraw the legislation. UN Special Rapporteur David Kaye described the law and its penalties as “disproportionate and unnecessary”. His colleague Maina Kiai argued that the law impedes the basic democratic function of protest: to hold government and corporations accountable.

In January 2016, Brown was arrested and charged at an anti-forestry protest in Tasmania’s northwest, for refusing a police order to vacate the Lapoinya Forest exclusion zone, a “business access area”. He faced a maximum fine of A$10,000.

Brown announced in March 2016 that he intended to challenge the laws in the High Court. Two months later the charges were dropped, although a statement by Tasmanian Police Commissioner Darren Hine suggested that this was due to a technical error in the charges rather than an issue with the law’s constitutional validity.

Brown opted to continue his challenge to the laws. To broaden the case and secure legal standing, Hoyt joined as a co-plaintiff. She had been arrested at Lapoinya for returning to the area (rather than refusing to leave), thereby triggering a different section of the legislation.

In the High Court, the key question is whether the Tasmanian legislation is consistent with freedom of political communication. Because Australia lacks a bill of rights, this freedom has been implied from the constitutional principle of representative government. The reasoning is that it would be illogical to empower a citizenry to elect members of parliament but fail to protect public discussion about politics.

The court will be required to decide whether the Tasmanian law burdens communication about government or political matters.

The second, and more interesting, question is whether the Tasmanian law is “reasonably appropriate and adapted” to fulfil its claimed purpose of protecting workers and business while remaining consistent with our system of representative and responsible government.

Peter Gutwein, formerly Tasmanian forestry minister and now Tasmanian treasurer, has expressed confidence that the legislation will stand up to a constitutional challenge. However, this is far from certain.

would contravene Australia’s … obligations under international human rights law, including the rights to freedom of expression as well as peaceful assembly.

Governments can’t just sell off our democratic rights in order to appease vested business interests. This Tasmanian law is completely unbalanced; it puts business interests way ahead of our rights as individuals to engage in political communication or indeed protest.

Other governments, both in Australia and internationally, will be watching the outcome of the case with interest. Australian citizens, especially those who feel that successive governments have shown more interest in protecting the fossil fuel industry than in effectively responding to climate change, will be looking for a sign about the values that underpin our Constitution. 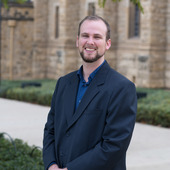 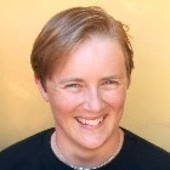 Five-yearly environmental stocktake highlights the conflict between economy and nature