Bike kitchens: the community-run repair workshops that help build a culture of cycling

To increase urban cycling, we need more than extra cycling infrastructure; we need a culture change. A worldwide movement of community bike workshops, also known as bike kitchens, can help.

Since 2014 we have visited over 50 bike kitchens around the world – in the US, Australia, NZ, UK, France, Germany, Austria, Switzerland, Portugal, Mexico and Belgium to research how they operate. We have also volunteered and led student projects at several workshops.

Building a culture of cycling

Dedicated bike lanes, road treatments and bike parking are relatively cheap to build and maintain compared to roads, car parks, and major public transport schemes. There is some correlation between better bike infrastructure and more riders.

But better infrastructure alone does not solve the problem. In Paris, with its pro-bike mayor and traffic calming initiatives, a recent explosion in bike use has led to accidents and clashes, suggesting other factors like social acceptance and up-skilling need attention.

In lockdown this year, Sydney experienced a 78% increase in cycling injuries when more people took to their bikes.

Cycling in cities is a social practice, and building a culture of cycling is essential – especially where bike use has traditionally been low.

It’s essential to cycling culture that a critical mass of people have riding and bike maintenance skills, and the activity is more socially accepted.

That’s where bike kitchens come in.

Convivial places to build and repair a bike

Bike kitchen workshops are initiated and run by activists and socially-minded cyclists. Most teach hands-on self-repair and maintenance skills to people who want to learn. Others give away free bikes to those who need them.

Workshops extend the use life of bicycles and components. They are part of the community economy and interrupt the waste stream; most parts come from donated or scavenged bikes and are re-used creatively and cheaply with a DIY ethos, avoiding new consumption.

Some bikes may be sold to support ongoing workshop costs, but rarely for high prices.

Workshops numbers have grown since the 1990s, and are widespread across Europe, the Americas, Australasia and the rest of the world.

The largest concentration is in France. Most are networked through l’Heureux Cyclage, which coordinates events, logistics, and learning between 250 workshops, assisting well over 110,000 people yearly.

Brussels has at least 18, like Cycloperativa, spread across the city’s arrondissements.

Ten bike workshops operate in Austria, with at least four in Vienna. They include Flickerei and WUK which, established in 1983, is probably the world’s oldest.

There are two main types of bike kitchens:

1) places where tools, parts and bike stands are offered for anybody to use, assisted by workshop volunteers and sometimes by paid mechanics. Most are social enterprises or non-profits, promoting what’s known in French as vélonomie: the ability of a cyclist to maintain a bicycle and ride safely and with confidence.

2) those that fix bikes for others – often for the disadvantaged – such as WeCycle in Melbourne which offers bikes to refugees and asylum seekers. Working Bikes in Chicago sends bikes to the Global South.

There are often fixing sessions and other activities for specific ages, genders and groups. At one of the oldest French bike workshops, Un p’tit vélo dans la tête in Grenoble, one volunteer told us some fixing sessions are women-only.

For members of the public without money, earn-a-bike programs convert volunteer hours into eventual bike ownership.

Workshop rules vary, but almost all forbid racist and sexist behaviour and support conviviality, diversity and respect. The main goal is “integrating a community”, the same volunteer told us.

Over time, a few diversify to become big social enterprises, like Cyclo in Brussels. Fees from memberships or workshop time, bike sales or government employment schemes allow some workshops to take on paid staff.

Others like Atelier Vélorutionaire in Paris reject commercial or government support entirely, championing a more militant stance against cars and capitalism.

Australia has had many community bike projects dating back over 30 years, with The Bike Shed in Melbourne being one of the first. Workshops come and go, but there are at least 18, with seven in Melbourne and four in Sydney.

Many smaller initiatives work in schools, churches, or at recycling centres. They are networked through BiCANZ.

WeCycle in Melbourne is a workshop focused on fixing bikes for others. Founders Gayle Potts and Craig Jackson have supplied refurbished bikes to asylum seekers, refugees and people in need since 2016.

A community approach to sustainable transport

Workshops need volunteers and secure premises with power and light, on or off-grid. Limited budgets make this a challenge.

While workshops can be co-housed, secure premises is the key area where support from government and bike-friendly donors is welcome. Tools, racks and spares are also needed.

This article has resulted from a collaboration between: 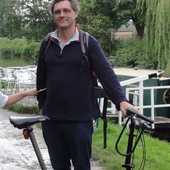 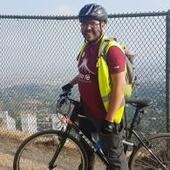 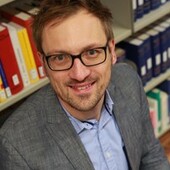 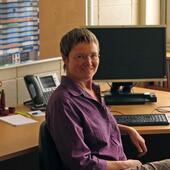 Alejandro Manga is a board member of L’Heureux Cyclage. He has a research grant from the Mobile Lives Forum that partly funds the European part of his PhD. He is a dual degree PhD Candidate in the program of Communication, Culture and Media (Drexel University, Philadelphia) and in Urban and Regional Planning at Université Gustave Eiffel LVMT.

Ruth Lane has received funding from the ARC.