Statistics from the Department of Education and Training show a steady cohort of baby boomer postgraduates, mostly women, enrolling at university at the age of 60 or over.

“Why on earth are you doing that?” friends ask. “Aren’t you a bit old? Your grandchildren will feel neglected.”

Between 2012 and 2015, Australian universities recorded a steady stream of enrolments. The larger the university, the higher the numbers. Take Western Australia’s five universities for example:

The numbers for male postgraduates were similar, occasionally slightly lower. Available figures for 2016 do not indicate appreciable changes in enrolment numbers of males or females. Both groups may include existing academic staff, but the question remains as to why baby boomers are moving towards higher academic studies rather than retirement.

Completion rates for senior researchers indicate that whatever their reasons, they are highly successful:

Social changes for women since the 1950s explain a lot. Women, it seems, are reaching towards long-held but unsatisfied desires for academic study.

In 1960s Australia, only 27% of university students were female. University was not a common goal for girls in that era. They were not expected to have long careers, if any at all. Acceptable options were nursing, clerical positions, teaching or hairdressing, none of which required a degree. Young married women were asked at job interviews if they intended to become pregnant, and learned to say “no” regardless of their intentions, rather than risk failing the interview.

University was not a common pathway for a girl, but marriage was. In the same time period, 45% of girls who left formal education after secondary school were married by the time they were 20. On the flip side, only 20% of those who did attend university were married by 20.

The era’s unwritten rule was marry early, have children straight away. Once children arrived, returning to work was frowned upon. For example, one colleague waited until her children were over 18, then delayed her academic aspirations even longer to help care for grandchildren. “Family first,” she said. She was halfway through a PhD when we met, and closer to 70 years old than 60.

Since the 1960s, the status of women and the acceptability of post-marriage careers and further social changes have made university education for young women a viable option. Baby boomers who missed out are now seizing their opportunity. Their motivation is not the apprehension of retirement and subsequent loss of identity, as is the case with older male postgraduates, but rather the lure of a new phase of life. One that was out of reach before. At university, senior women are achieving in their own right, no longer functioning as complementary bodies to men as mothers, wives, sisters or daughters.

While it may still be seen as unusual for women to begin academic studies in their later years, it is not strange for women in their sixties to continue fulfilling academic careers. Academia is one place where seniors of any gender continue working until they decide to call it a day. Examples of women who do just that are easy to find: Professor of Classics at Cambridge University Mary Beard, age 62. Germaine Greer, writer and Professor at Warwick University, age 78. Curtin University’s Associate Professor Liz Byrski, age 73. The list goes on.

We should encourage older women to see academic study as a fruitful, challenging way forward, regardless of age.

For the trailblazing cohort of older researchers, the question remains – is there a future for them after graduating? They can assure themselves that they are role-models to grandchildren, other women, and the wider community. Some become mentors, officially or unofficially, to younger postgraduates or they may take up sessional academic positions – but they can do and be so much more.

People are living longer. We are healthier and more active in our later years. We are told 50 is the new 40, so surely 60 can be the new 50. Baby boomer postgraduates want to participate long after they are 60. It is shortsighted not to see the social and economic benefits of this. To the universities who nurtured them, and awarded scholarships, these women are an untapped asset. They could easily become research pods of energy and output, supported by their alma maters, to the advantage of both. 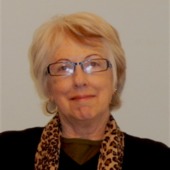