Australia is globally renowned for its abysmal conservation record – in roughly 230 years we’ve overseen the extinction of more mammal species than any other nation. The federal government’s Threatened Species Strategy was meant to address this confronting situation.

The final report on the five-year strategy has just been published. In it, Threatened Species Commissioner Dr Sally Box acknowledges while the plan had some important wins, it fell short in several areas, writing:

…there is much more work to do to ensure our native plants and animals thrive into the future, and this will require an ongoing collective effort.

Clearly, Australia must urgently chart a course towards better environmental and biodiversity outcomes. That means reflecting honestly on our successes and failures so far.

How did the strategy perform?

Given the scale of the problem, five years was never enough time to turn things around. Indeed, as the chart below shows, the report card indicates five “red lights” (targets not met) and three “orange lights” (targets only partially met). It gave just five “green lights” for targets met.

Feral cats were arguably the most prominent focus of the strategy, despite other threats requiring as much or more attention, such as habitat destruction via land clearing.

However, the strategy did help start a national conversation about the damage cats wreak on wildlife and ecosystems, and how this can be better managed.

In the five years to the end of 2020, an estimated 1.5 million feral cats were killed under the strategy – 500,000 short of the 2 million goal. But this estimate is uncertain due to a lack of systematic data collection. In particular, the number of cats culled by farmers, amateur hunters and shooters is under-reported. And more broadly, information is scattered across local councils, non-government conservation agencies and other sources.

Read more: One cat, one year, 110 native animals: lock up your pet, it’s a killing machine

Australia’s feral cat population fluctuates according to rainfall, which determines the availability of prey – numbering between 2.1 million and 6.3 million. Limited investment in monitoring makes it impossible to know whether the average of 300,000 cats killed each year over the past five years will be enough for native wildlife to recover.

The government also failed in its goal to eradicate cats from five islands, only achieving this on Dirk Hartog Island off Western Australia. Importantly, that effort began in 2014, before the strategy was launched. And it was primarily funded by the WA government and an industry offset scheme, so the federal government can’t really claim this success.

On a positive note, ten mainland areas excluding feral cats have been established or are nearly complete. Such areas are a vital lifeline for some wildlife species and can enable native species reintroductions in the future.

Priority species: how did we do?

The bad news is that, even with recovery actions, the population trajectories of most priority species failed to improve. For the 24 out of about 70 priority species where population numbers were deemed to have “improved” over five years, about 30% simply got worse at a slower rate than in the decade prior. This can hardly be deemed a success.

What’s more, the populations of at least eight priority species, including the eastern barred bandicoot, eastern bettong, Gilbert’s potoroo, mala, woylie, numbat and helmeted honeyeater, were increasing before the strategy began – and five of these deteriorated under the strategy.

The finding that more priority species recovery efforts failed than succeeded means either:

All these problems are alarming but can be rectified. For example, the government’s new Threatened Species Strategy, released in May, contains a more evidence-based process for determining priority species.

For some species, it’s unclear whether success can be attributed to the strategy. Some species with improved trajectories, such as the helmeted honeyeater, would likely have improved regardless, thanks to many years of community and other organisation’s conservation efforts before the strategy began.

Read more: Australia is a global top-ten deforester – and Queensland is leading the way

According to the report, habitat loss is a key threat to more than half the 71 priority species in the strategy. But the strategy does not directly address habitat loss or climate change, saying other government policies are addressing those threats.

We believe habitat loss and climate change must be addressed immediately.

Of the priority bird species threatened by land clearing and fragmentation, the trajectory of most – including the swift parrot and malleefowl – did not improve under the five years of the strategy. For several, such as the Australasian bittern and regent honeyeater, the trajectory worsened.

Preventing and reversing habitat loss will take years of dedicated restoration, stronger legislation and enforcement. It also requires community engagement, because much threatened species habitat is on private properties.

Effective conservation also requires raising public awareness of the dire predicament of Australia’s 1,900-plus threatened species and ecological communities. But successive governments have sought to sugarcoat our failings over many decades.

Australia – we’ve set a #TSBakeOff record. We’ve received over 330 cakes (and counting)! Chris, Bec and I have a very difficult task ahead of us… https://t.co/13Go2VG5Jk pic.twitter.com/A7EHjQoCV6

Bushfires and other extreme events hampered the strategy’s recovery efforts. But climate change means such events are likely to worsen. The risks of failure should form part of conservation planning – and of course, Australia requires an effective plan for emissions reduction.

The strategy helped increase awareness of the plight our unique species face. Dedicated community groups had already spent years volunteering to monitor and recover populations, and the strategy helped fund some of these actions.

However, proper investment in conservation – such as actions to reduce threats, and establish and maintain protected areas – is urgently needed. The strategy is merely one step on the long and challenging road to conserving Australia’s precious species and ecosystems. 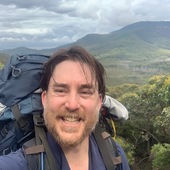 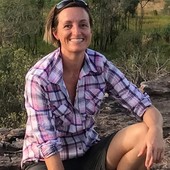 Ayesha Tulloch receives funding from the Australian Research Council and the NSW Government’s Department of Planning, Industry and Environment. She is the Vice President of Public Policy and Outreach and co-convenes the Science Communication Chapter for the Ecological Society of Australia, and sits on Birdlife Australia’s Research and Conservation Committee. She is a member of eBird Australia, the Society for Conservation Biology and the University of Sydney’s Charles Perkins Centre Citizen Science Node.