Australia’s first offshore wind farm bill was a long time coming, but here are 4 reasons it’s not up to scratch yet

After years of waiting, the federal government finally introduced Australia’s first offshore electricity legislation in parliament yesterday. The bill will establish a regulatory framework for the offshore wind industry, paving the way for more than ten proposed projects.

Australia’s wind resources are among the world’s best, comparable to the North Sea between Britain and Europe where offshore energy is an established industry. In fact, research from July found if all the proposed offshore wind farms were built, their combined energy capacity would be greater than all of Australia’s coal-fired power plants.

But Australia’s lack of legal framework has meant we’re yet to commission our first offshore wind farm.

The new legislation took years of stakeholder anticipation leading to public consultation in 2020, but upon first reading one is left a little wanting. We find four reasons the bill isn’t up to scratch yet, from its inadequate safety provisions to vague wording around Native Title rights and interests.

The International Renewable Energy Agency (IRENA) identifies offshore wind as key in the transition from fossil fuels to clean energy, calling for the world’s offshore wind capacity to increase ten-fold, to 45 gigawatts per year by 2050.

In line with IRENA’s position, many of Australia’s trading partners have ambitious targets for offshore wind, including the UK, US, European Union, Korea and Japan. For example, the UK’s target is to reach a total of 40 gigawatts of offshore wind energy by 2030.

This new bill is Australia’s attempt to join its partners. It will give offshore electricity projects the framework for construction, operation, maintenance, and more.

One project, for example, is the Star of the South, which plans to build an offshore wind farm off the coast of Gippsland in Victoria. This project has the potential to supply 20% of the state’s energy needs. Like Australia’s other 12 proposed offshore wind projects, it has been waiting on an appropriate regulatory framework to go ahead.

Offshore wind is essential to help Australia cut its greenhouse gas emissions and create a sustainable and affordable electricity market. Indeed, the explanatory memorandum that accompanies the bill notes that if passed, the legislation will establish certainty that investors crave, potentially leading to billions of dollars worth of investment.

Wind energy infrastructure projects will also create thousands of jobs. Recent estimates suggest the offshore wind industry could create as much as 8,000 jobs each year from 2030. The Star of the South alone expects to create 2,000 direct jobs in Victoria over its lifetime, including 200 ongoing local jobs.

This bill represents a first attempt to establish a world-class regulatory regime. But does it?

Well, first of all it didn’t get off to a good start. In 2020, the government committed to having the legislation settings and framework in place by mid 2021. This target was not delivered.

And upon closer examination of the bill, we find critical omissions compared to best practice in North Sea jurisdictions.

1. Weak protections for the environment

To protect the environment, projects need to create a management plan that complies with requirements under the federal environment law. But this won’t ensure marine life is unharmed by enormous, noisy turbines.

According to a major, independent review earlier this year, Australia’s environment law is outdated and flawed.

It only addresses select environmental issues. The law is far too broad to deal with the unique requirements of offshore wind turbines, which Australian waters have never experienced before.

For example, under the bill’s broad management plan requirements, many environmental issues such as underwater noise and impacts on fish spawning would likely not be addressed.

Compare this to jurisdictions in the North Sea. In the UK, offshore wind projects require a thorough strategic environmental assessment, detailing all possible environmental impacts.

Offshore energy project developers are prohibited from interfering with Native Title rights and interests. But the bill allows interference if it’s “necessary” for the for the “reasonable exercise” of project rights and obligations.

This raises a critical question — what is considered “necessary” and “reasonable”?

This vague wording could see projects go ahead when it conflicts with Aboriginal and Torres Strait Islander communities and their Native Title rights.

Read more: Why most Aboriginal people have little say over clean energy projects planned for their land

Offshore wind energy development holds inherent risks, such as transporting and constructing wind turbine components in hazardous environments, which are often subject to extreme weather. Without a solid safety framework, construction may lead to injuries or deaths, similar to those that have occurred in the North Sea.

Under the new legislation, the National Offshore Petroleum Safety and Environmental Management Authority (NOPSEMA) would be appointed as the offshore wind regulator. NOPSEMA would oversee safety using the generic Work, Health and Safety Act 2011.

But the bill says parts of the Work, Health and Safety Act will need to be modified so they’re “fit for purpose”. It would require extra provisions, exclusions and workarounds, making the assurance of structures difficult.

Compare this to offshore petroleum operations, which get a bespoke safety framework , one NOPSEMA is already familiar with. Why isn’t one put in place for offshore wind farms?

4. It may leave the community behind

In Denmark, offshore wind turbines are located less than 16 kilometres from the coastline. They’re obliged to offer at least 20% of ownership shares to local citizens.

But under Australia’s proposed bill, there are no explicit community benefit schemes. This is an important omission, because creating laws to increase community participation and engagement could reduce any risk of “not in my backyard” (Nimbyism) attitudes. It would also ensure hosting communities are actively involved early and frequently throughout the lifecycle of offshore wind projects.

In crafting best practice regulation coupled with community benefit schemes, the opportunities are limitless. A first step could be to create further public submission opportunities for communities to comment on the bill.

Offshore wind is our golden ticket to a reliable, affordable, and clean energy future. Investing in the offshore wind industry is a no-brainer for Australia, but it needs to be done right. 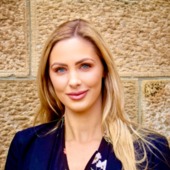 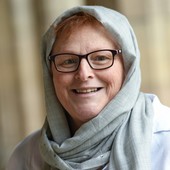