Australians will soon receive COVID booster vaccines. Why do we need them, and how effective are they?

Australia’s drug regulator, the Therapeutic Goods Administration (TGA), today provisionally approved the Pfizer COVID vaccine to be used as a booster for anyone over the age of 18.

The TGA said people can take the third dose from six months after their second dose.

People can take Pfizer as a third dose regardless of which two shots they got first.

Health Minister Greg Hunt said he expects the booster program to start from November 8. However, the federal government is awaiting further advice from the Australian Technical Advisory Group on Immunisation (ATAGI) about who should receive it and when.

Given our approved vaccines were originally marketed as two-dose jabs, why are we now looking at an extra dose?

Scientists have often said we may need another jab in the future to have better long-term protection against COVID. This is because of concerns about the possibility the immunity will decrease over time.

Initially it was hard to predict when this might happen. But it’s clear now the need and timing for an extra vaccine dose depends on what group of people you’re talking about.

For those living with cancer or other diseases affecting the immune system, current COVID vaccines often fail to generate a strong level of immunity. Getting a third dose seems to help, leading the United States and United Kingdom to recommend additional jabs for people who are immunocompromised.

Earlier in October, boosters for people who are severely immunocompromised became available in Australia. These are available 28 days after the second dose.

Among those who do have a strong response to a two-dose vaccine, their level of protection against infection or serious disease is being tracked over time.

Earlier this year, Israel reported increasing rates of infection in fully vaccinated people aged 60 years and older. This led the government to provide third doses for this age group.

In the short-term, the strategy appears to have worked, with infections dropping ten-fold at least two weeks after the boost.

What is ‘waning immunity’?

We’ve heard a lot about “waning immunity”, but this may actually be referring to more than one topic.

Across a population, we can track how well vaccines are performing at preventing people from getting infected, getting sick, or needing to go to the hospital.

There is evidence of gradual decreasing vaccine effectiveness over time.

However, the ability of vaccination to prevent hospitalisation from COVID remains very high even after six months.

At an individual level, scientists can also study the waning of immune responses over time.

There are two key parts to this immunity: the antibodies that can bind to the virus and stop infection completely, and the cells that remember the virus for (hopefully) years to come, ready to be reactivated if the virus gets in.

After a few months, the levels of these antibodies have dropped somewhat among those who receive two doses, likely explaining why vaccine effectiveness declines and breakthrough infections in fully vaccinated people occur.

But if our immunity drops, why are people still protected from hospitalisation and severe disease?

That’s where our immune memory comes in. If you do get infected after being vaccinated, your white blood cells will quickly jump into action, producing lots of antibodies and getting ready to kill the virus.

Although longer-term immunity from vaccination dramatically reduces the need for hospitalisation, breakthrough infections following the waning of immunity do result in further spread of the virus, complicating efforts to control the epidemic.

So, after six months, the vaccines may be less likely to stop us from becoming infected at all, but they’re still extremely important for preventing hospitalisation and death.

Therefore, administering boosters will likely reduce infection and transmission, but the effect of boosters to prevent serious disease and death is more modest, at least in those under 60.

Early reports have shown strong immune responses to the third dose, and similar side effects to the first shots (mostly pain and fatigue).

This is important in Australia, as most vulnerable older people received the comparatively less potent AstraZeneca vaccine, and using a potent mRNA booster vaccine is wise.

Most discussion of additional doses uses the terms “third dose” and “booster dose” interchangeably. But there’s a key distinction.

Many vaccines for other diseases are given as three-dose vaccines, including the Hepatitis B and Human Papillomavirus (HPV) vaccines. In these cases, you’re considered fully vaccinated after having three doses, and in some cases, are expected to have life-long immunity.

This is different from situations in which people might need intermittent booster vaccines to maintain their immunity, such as the annual flu vaccine.

For COVID, a third dose vaccine isn’t likely to provide life-long immunity against any infection, and further doses may be needed.

The third dose of Pfizer will be the same formulation that’s currently being given across Australia. In the US, Moderna is planning to administer a half-dose as the third shot.

When should boosters be given?

The best timing of third doses for widespread use isn’t yet clear, and there are two conflicting considerations.

On the one hand, earlier administration will provide more immediate protection from breakthrough infections and virus spread.

However, a longer gap between vaccine doses generally results in higher and more durable immunity.

There’s a question about whether wealthy countries should be embarking on third-dose rollouts given global vaccine supply is limited.

Many developing countries have vaccinated very small proportions of their populations. They remain vulnerable to widespread outbreaks and the overwhelming of already fragile health-care systems.

Also, large numbers of infections across the world can drive additional variants and economic and political instability.

There’s a moral and political imperative for wealthy countries to donate vaccines to initiatives such as the World Health Organization’s COVAX program.

In this context, the decision to shut down local manufacturing of the AstraZeneca vaccine in Australia from early next year is disappointing. Australia had been exporting many of these doses to its Pacific neighbours. 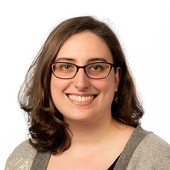 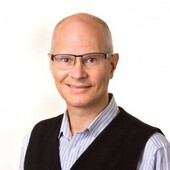 Stephen Kent – [Professor and Laboratory Head, The University of Melbourne]