Australians left to monitor their own NBN broadband speeds

The Australian Competition and Consumer Commission has pledged to get tough on any Internet Service Providers that mislead consumers about National Broadband Network speeds.

NBN Co is building the infrastructure, with 5.7 million premises now able to connect to the network via fibre, hybrid cable, wireless or satellite. To make that connection though, you have to deal with one of almost 150 listed ISPs.

The ACCC’s chairman Rod Sims says we should expect a healthy and competitive sector. But he also says many consumers are “confused about broadband speed advertising” and the industry has been “inconsistent in making clear, accurate information available”.

So it is crucial for the ACCC to ensure that companies do not mislead consumers about the speeds offered by their ISP.

The Australian market is different to that in the United Kingdom, where the regulator Ofcom actively provides accurate information to consumers to enable a comparison of services.

Australia takes a different approach, relying on protections available via consumer law, and encouraging industry self-regulation to provide the right information to the consumer.

The experience you get really depends on a range of factors relating to transmission quality, reflected as speed of connectivity and latency (delays) in exchanging information across the internet. Key factors include:

Measuring the speed of your internet connection

A basic speed test of any internet connection is a measure of the time it takes to transfer a fixed file from a server. The result is usually given in Mbps (Megabits per second).

Many ISPs, such as Telstra, Optus and iiNet, currently provide internet speed tests for their customers.

But speeds measured this way tend to reflect the connectivity from the ISP to the consumer. The speeds you experience in general use can be significantly lower than the “peak” speed advertised by the service provider.

To get a better idea of the real speed of your internet connection you should use another speed testing service, in addition to the one recommended by your ISP.

You should also repeat this measurement at various times of the day and keep detailed notes of any results. Some typical speed tests are:

Currently most ISPs offer a higher speed for downloading and lower speed for uploading. As many users often download the same content, the network can be optimised to take advantage of this and offer higher speeds.

But users also upload unique content, such as photos to social media accounts or files to cloud storage. This does not have the advantage of scale and thus speed of access could be lower.

As cloud-based storage and content-delivery networks – such as Netflix, Foxtel and others – become more highly trafficked, our requirements are changing. Many users now prioritise more symmetrical internet connectivity, with similar download and upload speeds.

How fast should the internet be in Australia?

But the measured speeds can often be slower than promised by your provider.

There are various reasons for this. It could be that there is a problem between the premises and the NBN network, or there could be delays or oversubscription within the ISP network.

There can be congestion and delays in national and international networks due to inadequate investment by various stakeholders to keep the capacity of the network in scale with the increasing number of customers.

Your experience can also vary across the day and from one service to another. As the number of users varies quite markedly over 24 hours, the state of the network (NBN, ISP network, Content Delivery Network) can change with various levels of congestion.

This leads to different speeds of connectivity at different times when accessing different types of services. For example, web access might be slower given the location of a server, compared with an internet video streaming service that might be optimised to deliver the most popular content within the region.

While many internet service providers advertise a typical speed, in Australia there is no expectation that they should indicate the variability (the range of minimum and maximum speeds).

When so slow is too slow

If you think your NBN connection is too slow and not what you were promised, you should raise the problem with your ISP. If they fail to resolve the issue you should report it to the ACCC.

To improve information about broadband speeds, the ACCC is currently running a A$7 million trial of NBN speed monitoring and it wants consumers to be part of it.

Australia could have anticipated these speed issues and established a broadband performance reporting framework as part of access to the NBN infrastructure by providers.

The Australian Communications Consumers Action Network (ACCAN) has been crying outfor a scheme to monitor the performance of ISPs.

But this hasn’t happened yet. So for now it’s left to you as a consumer to monitor your NBN connection speeds, and report any ongoing problems to the ACCC which hopes to start publishing speed and performance data later this year. 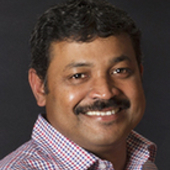 Rob Greaves
I have been with the Toorak Times since April 2012. I work as Senior Editor of the Toorak Times, but I also think of myself as senior contributor. I've been in the Australian music scene as a musician since 1964, and have worked in radio and TV and newspapers (when they were paper ), serious experience in audio editing, and a lot of video editing experience. Currently I'm working as a radio program producer for a national interview program as well as my work with the Toorak Times
Share
Facebook
Twitter
Pinterest
WhatsApp
Linkedin
Email
Print
Previous articleLike a TARDIS in your head, memory helps you travel through time
Next articleSolar is now the most popular form of new electricity generation worldwide