Australian voters have elected their government. Now the Labor Party has to make them believe they were right

Elections are a test – the ultimate test, really – of those who serve as parliamentarians and those who aspire to serve. Scott Morrison asserted quite absurdly early in the 2022 campaign that the election was not a popularity contest. Clearly, the opposite is true. An election involving every eligible voter is by definition a popularity contest.

It was not hard to see why Morrison was trying to argue that day was night. With the early halo effect of the pandemic that boosted his popularity towards the stratosphere a distant memory, he was trying to overcome his rising levels of unpopularity. Ultimately, in the final days of the campaign, with his initial Lewis Carroll-esque stylings having failed to change the Liberals’ tracking polling, he pledged to become a different person.

As we know from the election result, Morrison’s resort to something more akin to comics where a superhero assumes a new identity because the writers have run out of ideas didn’t work either. But among the attempts to reframe the democratic process and remake himself, he offered one observation that contained an element of truth: that the election was not about him, it was about “you”. “You”, in this case, was each voter.

This election and its fractious, atomised, and possibly revolutionary aftermath will definitely be about Australian voters. They are about to be tested. After all, in the strictest sense they have collectively created this situation – historically low primary levels of support for the major parties, the denial of a strong working majority to either side, an expanded crossbench in the lower house – by casting their votes.

There are complexities here. It can be argued the candidates and their parties and support groups – donors, volunteers and media companies – are coauthors with the voters of each election outcome. The interactions between political players and voters shape the result; of course they do. But now that the votes are in and the tallies being finalised, the voters are obliged to own the result. I’m a voter, so I’ll pose the question this way: do we have it in us to do that?

It’s a reasonable question, because even if this election produces a Labor government with a slim majority, rather than the minority government that appeared more likely at the close of counting on Saturday night, the new administration will be built on a Labor primary vote of around 33%. Until not so long ago, conventional wisdom had it that anything less than a Labor primary of 40% would consign the party to the opposition benches. So that’s one more truism consigned to the dustbin.

But there will be no shortage of Liberal and National MPs and media commentators, especially those working for News Corporation, who will be arguing from day one that the Albanese government is somehow illegitimate and without a mandate. That criticism will come regardless of whether Labor commands a House of Representatives majority in its own right or operates in minority with the tacit acceptance of enough of the crossbenchers to maintain confidence and supply.

The Liberals’ Senate leader, Simon Birmingham, began that narrative on television on Saturday night and continued it in an interview on Sunday morning. At least two of News Corp’s senior commentators have run it out too.

You have to wonder whether Anthony Albanese and his deputy Richard Marles – neither of whom has an especially combustible or pugnacious style – are ready for the onslaught. They should be, given they were around when Julia Gillard fell short of a majority at the 2010 election, which in many respects began Labor’s long political winter that was broken only at this election.

That was a dreadful time for our political system and for that Labor government. Gillard made a series of political errors, going back on a pre-election promise not to introduce a carbon tax and allowing herself to be portrayed as too close to the Greens. A vengeful Kevin Rudd lurking inside her government also didn’t help.

Encouraged by the media, a substantial chunk of the voting public recoiled from the very idea that somehow the parliament they had helped elect had produced a minority government in which crossbenchers had influence on policy. Meanwhile, the Coalition under Tony Abbott set about saying and doing anything that would wreck the Gillard government’s standing, with little thought of what would happen on the other side of the next election.

This led to buyer’s remorse on a grand scale. And it now falls to Albanese and his cabinet and backbenchers to simultaneously defend and aggressively assert their government’s authority while trying to lure more electors to the Labor fold. Yes, it’s true that in our electoral system in which preferences determine outcomes, and everyone 18 and older is required by law to lodge their ballot papers, every vote counts. (This exposes the claim thrown around since Saturday night that Labor has no right to govern because two-thirds of the people voted against it as utterly ridiculous. If so, what was Morrison doing serving as PM when 58.5% of voters didn’t cast a primary vote for the Liberals or Nationals in 2019?)

But for a government to prosper and feel confident it can take bold decisions when they’re required, and to be re-elected, it will more than likely need more than one in three voters who are willing to put a “1” next to the name of its candidates on the ballot paper. To counter its natural enemies, this Labor government will need as many community advocates as it can muster.

That, as much as climate change action, the reform of aged care and the NDIS, an anti-corruption tribunal and the other policy items on the party’s to-do list, should be a first-order objective for Albanese and his team. 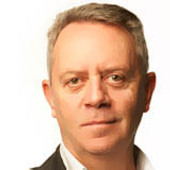 Shaun Carney does not work for, consult, own shares in or receive funding from any company or organisation that would benefit from this article, and has disclosed no relevant affiliations beyond their academic appointment.