If you’ve bought a “foreign” beer lately you might have noticed it wasn’t actually brewed in the country associated with the brand. Instead, it may have been brewed “under supervision of” or “under license from” the original creator, often using “imported and local ingredients”.

Yet, the branding often emphasises the link to other countries and traditions, such as the famous “Anno 1366” on a bottle of Stella Artois. This means very little when it is brewed and bottled in Australia. In fact, such references can be rather misleading.

This is more than a little quibble about branding, as major ingredients like yeast and water taste differently in different places. Can beer truly taste the same when it is brewed in Australian instead of, for example, Germany, Belgium or Japan?

How do you know what you are buying?

When you buy beer in a shop, you can theoretically see where it has been brewed. But this is not always clear, and is often overwhelmed by branding.

For instance, some years ago I bought a carton of Asahi beer. The text “Japan’s No. 1 Beer” appeared prominently on the box, and at two different locations was written: “Imported by Asahi Premium Beverages a division of Independent Distillers (Aust) Pty Ltd”.

Taken together, these two statements will most likely lead an ordinary consumer to believe the beer in question was brewed in Japan. But a quick check of the Asahi website shows the company has breweries in numerous countries, including Thailand, Malaysia and China.

Once the box had been opened, the fine print on the bottles revealed that the beer was brewed in Thailand under licence from Asahi. So, yes, it was imported as the box promised. But not quite from the place I expected.

The problem is worse when it comes to ordering beers at a restaurant or pub. The likes of Peroni, Heineken and Carlsberg are often listed as “imported beers”, even when they are brewed in Australia.

When the beer is on tap, where is the fine print to read?

What about consumer law?

In theory, Australian law contains several provisions that should resolve the issues described above. Most importantly Section 18 of the Australian Consumer Law states that a “person must not, in trade or commerce, engage in conduct that is misleading or deceptive or is likely to mislead or deceive”.

And section 29 of the Australian Consumer Law seeks to tackle, among other things, situations where a person “make[s] a false or misleading representation concerning the place of origin of goods”.

In addition to these classical provisions, Australia’s Country of Origin Food Labelling Information Standard commenced in 2016. These are meant to give consumers more information about where products are manufactured and where the ingredients are sourced from.

But in practice, these rules don’t always work so well. And the country of origin labelling standards do not apply to restaurants and cafes.

What to do about it

It is of course possible to argue that the foreign beer brands that have their products brewed in Australia take sufficient steps to make their beer taste similar enough to the original product. And if the beer tastes the same to the average beer drinker, what is the big deal?

However, even if the taste is the same, the place of origin still matters. If you buy an expensive Swiss watch, surely it matters that it was made in Switzerland and not in China. Can’t we feel the same about beer?

On a practical level, the answer may be to only drink the beers of Australian brands as you essentially will be drinking Australian beer anyhow. But as far as the law goes, we need clearer guidance and stronger enforcement of consumer rights. To achieve that, those charged with enforcing our consumer rights may need more resources.

The difficulty is to design regulatory responses that actual help consumers make informed decisions, without unnecessarily burdening the industry.

One idea would be to insist on clearer labelling – such as a prominent standardised sticker – indicating when beer is brewed under license. This could be combined with requiring similar markings on drinks menus. Such an approach seems to fit nicely with the move towards a clearer Country of Origin Food Labelling Information Standard applied to food in some circumstances. 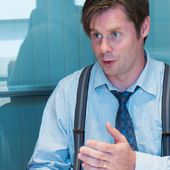 Rob Greaves
I have been with the Toorak Times since April 2012. I work as Senior Editor of the Toorak Times, but I also think of myself as senior contributor. I've been in the Australian music scene as a musician since 1964, and have worked in radio and TV and newspapers (when they were paper ), serious experience in audio editing, and a lot of video editing experience. Currently I'm working as a radio program producer for a national interview program as well as my work with the Toorak Times
Share
Facebook
Twitter
Pinterest
WhatsApp
Linkedin
Email
Print
Previous articleMoney can’t buy me love, but you can put a price on a tree
Next articleEight simple changes to our neighbourhoods can help us age well