Home CONTRIBUTORS/BLOGGERS Australia needs a national crisis plan, and not just for bushfires

Calls are growing for a national bushfire plan, including from former prime minister Malcolm Turnbull, who says they are an issue of national security and the federal government must provide hands-on leadership.

It’s true that more people are living in high-risk bushfire areas, emergency services are stretched and the climate is rapidly changing. Future crises are inevitable. We must consider the prospect of a monstrous bushfire season, the likes of which we’ve never seen.

But bushfires aren’t the only catastrophe Australia must prepare for. If we are to create a national crisis plan, we must go much further than bushfire planning.

In the decade since Victoria’s Black Saturday fires, we have improved fire predictions, night-time aerial firefighting, construction codes and emergency warnings. All of these have no doubt saved many lives.

There are calls for more resources to fight fires, as part of a coordinated national plan. But few people have proposed an all-encompassing vision of such a plan.

For a start, it should not be confined solely to bushfires. Far more people die during heatwaves and residential housefires. Tropical cyclones, floods and hail each cost our economy more.

Any plan must provide a strategic vision across these various facets for at least the next ten to 20 years.

Calls for a national firefighting force to supplement existing state resources are fundamentally short-sighted. A national force – quite apart from the level of duplication it would create – would spend much of its time idle.

Even during severe fires, such as those now raging, there would be limits to its usefulness. At a certain point, the size and energy of the fires means no amount of firefighting technology will extinguish them all.

Research conducted by Risk Frontiers, the Australian National University and Macquarie University through the Bushfire and Natural Hazards Cooperative Research Centre, has focused on better planning and preparedness for catastrophic events.

This research concludes it is unrealistic to resource the emergency management sector for rare but truly catastrophic events. It is wildly expensive to remain 100% prepared for the worst-case scenario.

Instead of simply scaling up existing arrangements, we need to think differently.

Bush firefighting could be improved by innovation and research. Future investments must focus on rapidly detecting and extinguishing ignitions before they spread out of control.

States and territories are traditionally responsible for emergency management in Australia. But almost by definition, a catastrophic disaster exceeds one’s capacity to cope – inevitably drawing on nationwide resources.

This means preparing for catastrophic disasters is everyone’s responsibility.

Existing plans allow for assistance across state borders, and between state and federal governments. But there is no national emergency legislation defining the Commonwealth’s role, or assigning responsibility for responding to a truly national disaster.

The Australian Defence Force has a well-defined support role in natural disasters, but should not be relied on due to its global commitments.

However, resource-sharing between states could benefit from more investment in programs that enable emergency services to work better together.

Non-government organisations, businesses and communities already make valuable contributions, but could play a more central role. We could look to the US, which successfully uses a whole-of-community approach.

This might mean emergency services help community organisation provide aid or carry out rescues, rather than do it themselves. These organisations are also best placed to make sure vulnerable members of the community are cared for.

The most important task is to reduce the risk in the first place. The vast majority of disaster-related spending goes on recovery rather than risk reduction. Calls from the Productivity Commission and the Australian Prudential Regulation Authority (APRA) for more disaster mitigation funding have been largely ignored.

This would see priority investments in flood mitigation and strengthening of buildings against cyclones in northern Australia. (This will also help address insurance affordability.)

Land-use planning needs to be improved to reduce the chance that future developments are exposed to unreasonable risks.

Infrastructure must be constructed to the highest standards and, following a disaster, destroyed buildings should be rebuilt away from dangerous areas.

Finally, communities have the most critical role. We must understand our local risk and be ready to look after ourselves and each other. Governments at all levels must facilitate this spirit of self-reliance. Local leadership is crucial to any crisis plan and communities need to be involved in its construction.

Eastern Australia’s bushfire crisis has triggered emotional arguments for throwing resources at the problem. But planning must be careful and evidenced-based, taking into account the changing face of natural disasters. 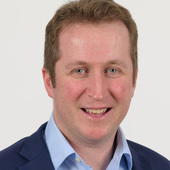 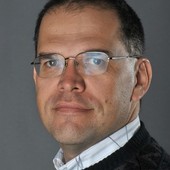 Why CompTIA A+ Certification Is Perfect for You?

Are there ‘male’ and ‘female’ brains? Computers can see a distinction, but they rely strongly on differences in head size

Young men are more likely to believe COVID-19 myths. So how do we actually reach them?

Are there ‘male’ and ‘female’ brains? Computers can see a distinction,...

Young men are more likely to believe COVID-19 myths. So how...

Sunday essay: the Australians who pioneered self-sufficiency, generations before Nimbin

Sunday essay: love hurts – on a life of sports fandom

Apple acknowledges the iKid generation at its developer conference with new...

Children with facial difference have a lot to teach us about...