A new OECD report has warned that Australia risks falling short of its 2030 emissions target unless it implements “a major effort to move to a low-carbon model”.

This view is consistent both with official government projections released late last year, and independent analysis of Australia’s emissions trajectory. Yet the government still insists we are on track, with Prime Minister Scott Morrison claiming as recently as November that the 2030 target will be reached “in a canter”.

What’s really going on? Does the government have any data or modelling to serve as a basis for Morrison’s confidence? And if so, why doesn’t it tell us?

The government’s emission projections report actually presents three scenarios: the “baseline” projection, which forecasts that emissions will rise by 3% by 2030, plus two other scenarios in which economic growth (and thus demand for fossil fuel consumption) is higher or lower than the baseline.

As the graph shows, all three of these scenarios would see Australia miss its 26-28% emissions reduction target by a wide margin. So why claim that our emissions are on track? The answer, as is so often the case with emissions targets, lies in the fine print.

The government is indeed poised to deliver on the “letter of the law” of its Paris commitment if two things play out. First, if it claims credit from overdelivering on Australia’s 2010 and 2020 commitments. And second, if the “low demand” scenario is the one that eventuates.

To reach our Paris target, the government estimates that we will need to reduce emissions by the equivalent of 697 million tonnes of carbon dioxide before 2030. It also calculates that the overdelivery on previous climate targets already represents a saving of 367Mt, and that low economic demand would save a further 571Mt. That adds up to 938Mt of emissions reductions, outperforming the target by 35% – a canter that would barely work up a sweat.

How would this scenario actually eventuate?

Let’s leave aside the technical question of whether it’s legitimate to count past performance towards future emissions targets, and focus for now on how the low-demand economic scenario might become reality.

The government’s report contains no discussion on the basis of the “low demand” scenario. But history suggests the annual baseline estimates of 2030 emissions have overestimated future emissions, with revisions downwards over time. For example, the 2018 projection for 2030 emissions is 28% lower than the 2012 projection for the same date (see figure 2 here).

In the real world, meanwhile, change is evident. Households and businesses are installing solar panels, not least to guard against high power bills. Businesses are signing power purchase agreements with renewable energy suppliers for much the same reason. State and local governments are pursuing increasingly ambitious clean energy and climate policies. Some energy-intensive industries may be driven offshore by our high gas prices.

New technology such as electric vehicles, ongoing improvement in energy efficiency, and emerging business models that break the power of big energy companies are transforming our economy. Investment in low-emission public transport infrastructure means its share of travel will increase. Farmers are cutting methane emissions by installing biogas production equipment.

Other studies also support the idea that Australia may indeed outperform its baseline emission scenario. ANU researchers recently predicted that “emissions in the electricity sector will decline by more than 26% in 2020-21, and will meet Australia’s entire Paris target of 26% reduction across all sectors of the economy (not just “electricity’s fair share”) in 2024-25”.

Of course, many of these changes are happening in spite of the government’s policy settings, rather than because of them. Still, a win’s a win!

But is hitting the target in purely technical terms really a win? In truth, it would fall far short of what is really necessary and responsible.

This is partly because of the plan to use prior credit for previous emissions targets to help get us across the line for 2030. This may be allowed under the international rules. But we would be leveraging extremely weak earlier commitments.

For example, Australia’s 2010 Kyoto Protocol target of an 8% increase in emissions was laughably weak in comparison with the developed world average target of a 5% cut. Our 2020 5% reduction target is also well below the aspirations of most other countries. What’s more, several major nations have declared that they will exclude past “overachievements” from their 2020 commitments.

The government has obfuscated the issue further by deliberately conflating our electricity emission reductions target, which will be easily met, with our overall economy-wide target, which presents a much tougher challenge.

There’s more. Australia’s Paris pledge to reduce emissions from 2005 levels by 26-28% between 2021 and 2030 is inconsistent with our global responsibilities and with climate science. The target was agreed to by the then prime minister Tony Abbott in 2015 as the minimum needed to look credible. But as the Climate Change Authority pointed out, a 2030 target of 40-60% below 2000 levels is more scientifically responsible.

What is Australia’s “fair share” of the heavy lifting needed to stay below 2℃ of global warming, as agreed in Paris? If all humans were entitled to release the same greenhouse emissions by 2050, the average would be around 2 tonnes of CO₂ per person in 2050. In 2018, the average Australian was responsible for 21.5 tonnes.

There is plenty of heavy lifting still to do, and no point in pretending otherwise. The government must publish its data and modelling in full if its canter claims are to have any credibility. 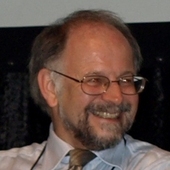