But after some respite over summer — and entreaties to “Eat Out to Help Out” to boost the economy — the UK is now facing a terrifying second wave. This week, experts predicted almost 50,000 new cases a day by October if the current infection rate does not slow.

What does this mean for UK? And what is the significance for Australia as it watches on from the other side of the world?

This week, British Prime Minister Boris Johnson announced a new set of restrictions. These include early closures of pubs and restaurants, working form home if possible and wearing masks in shops.

As Johnson warned, if people don’t comply, a second lockdown is on the cards.

Since Johnson himself almost died of COVID in April, amid the UK’s disastrous first wave, international attention has been elsewhere. Not surprisingly, we have been looking instead to the United States, which has the highest number of deaths and is in the middle of an election.

There are are also dire stories coming out of India, France, Spain and Indonesia. But unfortunately, it’s time to look to the UK once again.

The UK’s COVID experience so far

With more than 41,000 deaths, the UK has the highest COVID death toll in Europe.

So the UK’s relaxation of restrictions in July seemed counter-intuitive. While people in Britain have certainly enjoyed the summer sun, infections have once again climbed at an alarming rate.

The UK government’s policy choices can in part be explained by its hostility towards the public service. This is part of the so-called “Brexit revolution,” designed to shake up post-Brexit Britain.

This has seen decisions that suggest the government is choosing the evidence it likes, rather than what will best address the health crisis.

The recently announced 10pm pub curfew, is a good example here — it is not clear that COVID only comes out late at night.

No one can doubt the difficult trade-offs required between health and the economy (although the two are much more linked than public debates suggest). But the government appears to favour economic needs and seems cavalier with the public health consequences.

Trust in government, essential during a public health crisis, has suffered accordingly. This was not helped when Johnson’s chief adviser, Dominic Cummings, broke the rules he helped set by travelling across England during lockdown.

Cummings survived this scandal, which is down to Johnson’s 80-seat majority, won during last year’s “Brexit” election.

The Conservatives and the pandemic

Of course, a pandemic is especially difficult terrain for the conservative side of British politics. Like its US counterpart, from which it takes many of its cues, government intervention is anathema.

For many Conservatives, personal freedom and individual liberty are expressed through a functioning market economy. The strength of this feeling is seen in the criticism of Johnson (and the new restrictions) in the UK’s influential right-wing press this week.

But others of course do not think Johnson has gone far enough, with parts of England already in local lockdowns. Scotland has also taken a much clearer approach to the pandemic, mirroring policies adopted in Australia and New Zealand, further boosting support for independence.

What does this mean for Australia?

What happens to the UK during COVID is more than just a passing headline in Australia. A looming second wave will not make it easier for Australians stuck in the UK to come home.

Read more: Can we use the RAAF to bring home stranded Aussies overseas?

Stranded Australians are also just the tip of the iceberg. People-to-people relations between Australia and the UK remain hugely significant. As of 2018, 1.2 million people born in the UK were living in Australia.

Britain has recently angered Europe further with new legislation that could ignore parts of its EU exit agreement.

But this does not affect Australia’s plans for a free trade deal with the UK, with talks there already underway.

Indeed, Australia and the UK now need each other more than they have for decades — despite their locations at opposite ends of the earth. The British even have former prime minister Tony Abbott as a UK trade envoy to help.

A tough winter ahead

The current infection rates — combined with questionable decision-making from the Johnson government — do not bode well for a possible second lockdown in England.

As Melburnians can attest, a second lockdown does not have the “we’re all in this together” feel of the first. For England, this means that the pseudo-Churchillian rhetoric and invocation of the wartime spirit will paper over the policy cracks even less.

Back in Australia, those people wanting to get to the UK will have to wait longer before such visits become possible. But given the increasing importance of both countries to each other, no doubt Australians and Britons will meet again some sunny day. 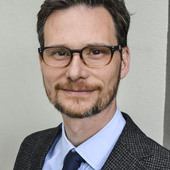