Articulate US teenagers could finally force action on gun control

On Wednesday in the US, thousands of students left their classrooms in a national day of action designed to force political change on gun crime. Following the recent shooting at Marjory Stoneman Douglas High School, this walkout is part of an extraordinary national movement. Young people across the US are doing what countless others have tried and failed to do: using grassroots strategies to take on the powerful gun lobby.

The US has an epidemic of gun crime. Mass shootings occur every day, and school shootings have become so common that over 170 schools and some 150,000 students have been affected by school-based gun violence since 1999.

Beyond the psychological trauma such attacks inflict, these shootings have a profound effect on academic success rates.

And yet, in spite of the overwhelming majority of Americans who want tighter gun control laws, very little is done to stem the presence of guns in schools, or the ability of Americans to access high-powered weaponry with relative ease.

The main reason for this inertia is the extraordinary influence of the National Rifle Association (NRA). Since it turned to a more aggressive lobbying strategy in the 1970s, the NRA has helped redefine the meaning of the 2nd Amendment, bestowed a divine blessing on guns, and bent half of Congress to its will.

The NRA succeeds because it has created powerful (and mostly false or distorted) narratives to support gun use. It deploys familiar tropes to distract from tragedies. When gun-related tragedy hits, NRA-backed politicians call for “thoughts and prayers”.

Reports out of Texas are devastating. The people of Sutherland Springs need our prayers right now.

The reality of US gun deaths is set against such pro-gun arguments, and each tragedy widens the stark divide between those who associate guns with freedom, and those who see them as devices for terror. So, when others call for legislative action, as they did following the massacre at Sandy Hook and other mass shootings, the gun lobby scolds them for “politicising tragedy”.

But murdered kids are political. Sandy Hook exposed the US to the faces of erstwhile happy kindergarteners, their lives snuffed out by a disturbed young man with easy access to guns. It’s an all-too-familiar story for Americans and, by international comparison, a unique one at that.

Yet the resulting push for change soon turned to despair: many came to believe that if 26 deaths at an elementary school can’t bring Congress to act, nothing can.

Gun laws and the possibility of change

The last last major piece of gun control legislation to pass Congress was the federal assault weapons ban in 1994. It was specifically designed to reduce the incidence of mass shootings, and targeted the enhanced killing power of assault rifles. But, under sustained attack from the gun lobby, the ban expired under its “sunset clause”.

Since then, the one major piece of gun legislation in the US, in spite of the national rise in mass and school shootings, has been an act designed to protect gun manufacturers in 2005.

Now, for the first time in decades, there is a real possibility that some gun controls might be implemented. The NRA, as well as numerous politicians associated with it, are facing significant pressure to act.

This has already led to some action by states. Florida is looking to pass age restrictions and waiting periods for gun purchases, and Oregon has imposed gun prohibitions on domestic abusers and those with restraining orders.

Even President Donald Trump, who has been keen to show off his pro-gun credentials in the past, has recognised the public outcry. He has called for regulation of bump-stocks and age restrictions (though he is wavering on both).

The reason gun control looks possible right now is largely due to the students at Marjory Stoneman Douglas. Beyond the pressure they have been applying directly to the NRA and politicians, the students have been busy using advocating on social media, writing op-eds, organising rallies and walkouts, making media appearances, and pressuring companies to drop support for the NRA or pro-gun politicians.

As a result of these efforts, the students are presenting important, emotionally powerful counter-narratives to those of the gun lobby. They are offering examples of successful gun control and pointing out that guns in schools are the problem, not the solution. They are also forming a coalition in opposition to the well-organised 2-4 million members of the NRA and affiliated organisations.

Whether these efforts are successful or not will depend largely on whether they are sustained. This is why the gun lobby calls for “hopes and prayers” and to not “politicise tragedy”. These are stalling tactics: if the NRA can wait it out, while at the same time applying pressure to its political allies, nothing gets done.

However, the gun lobby has not faced a political force like this before. While it is inevitable that media attention will eventually wane, the students from Marjory Stoneman Douglas and around the country have access to tools — such as social media — that circumvent traditional outlets. They also have the ability to draw the national spotlight back, especially via their use of rallies and walkouts.

These tactics reinvigorate the Democratic base and ratchet up the pressure on the Republicans, already jittery following a string of shock political losses.

If the passion and dedication they have shown so far is sustained, especially as the congressional midterm elections approach, the young people of the US might just be able do what no one has done in decades, and force action on gun control. 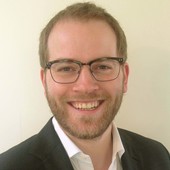