The Torch artist and Barkindji man Trevor Mitchell at work on a painting. The Torch

Featuring over 350 artworks created by more than 320 artists, The Torch’s annual exhibition, Confined 12, is its largest to date. All of the artists in the Victorian not-for-profit organisation’s show are Indigenous and either in prison or recently released.

The exhibition and the program that precedes it allows them to be seen not as “criminals” or “offenders”, but as people of value, proud Indigenous men and women, citizens and artists.

Bringing about this identity change is critical for exiting the cycle of crime and prison. It’s a difficult and challenging process, but people willing to engage with the art produced can make a big difference.

In 2011, artist and The Torch CEO, Kent Morris, started visiting Indigenous men and women in the Victorian prison system to teach art.

He found students who felt disconnected from family, country and culture. They wanted to know just as much about how to paint as who they were and where they were from.

Since then, the organisation has been supporting Indigenous people in Victoria’s prison system to learn about and (re)connect with their cultural heritage, develop their artistic skills and practice, and learn about the arts industry.

Participants are then able to exhibit and sell their artwork through The Torch’s online shop and the annual Confined, and other, exhibitions.

In his classic 1958 ethnographic study of New Jersey State Prison, Gresham M. Sykes outlined a number of fundamental deprivations that feature in daily prison life which he termed the “pains of imprisonment”. They include the loss of liberty, autonomy and security.

Art has the power to buffer the damaging psychological impacts of prison, which Sykes pointed out, should be minimised or eliminated if efforts at rehabilitation are to be effective. Art-making and viewing is good for emotional regulation, psychological health and well-being.

Similar art programs for people in prison include the annual Insider Art exhibition in WA, Koestler Arts in the UK and the University of Michigan Creative Arts Project. But these programs and organisations don’t leverage the power of art to maximise individual and community change like The Torch and there are no other programs specifically for Indigenous artists in prison or recently released.

One artist involved in The Torch exhibition described the powerful effect art practice had on them:

When I do my art it’s like a mood stabiliser. It helps me stay focused and I feel more settled. I’d rather do my art than see a counsellor.

Reducing the number of people returning to prison after release is one of Corrections Victoria’s strategic priorities. Efforts to reduce reoffending can include clinical treatment programs (for instance to treat mental health conditions or addiction) alongside practical support to find housing, welfare support and if possible, employment after release.

Long-term abstinence from criminal behaviour, called “desistance”, can be a difficult, painful and fragile process. After the social rejection of prison, it involves successful community integration, self and social acceptance.

It can also involve becoming someone different, someone new. As criminologist Fergus McNeil has pointed out, “people do not simply desist, they desist into something”.

Artist Chris Austin (Gunditjmara) explains how the program helped him:

In the past I was a crook, you know, a jail bird but now I am an artist. My daughter is so very proud of that. I never used to think of myself that way.

By embracing participants as artists rather than ex-offenders, The Torch provides an avenue to change. This part of the process involves audience participation — a partnership with the wider community.

The annual exhibitions allow others to celebrate and accept the artists whose work is on show. Selling a work of art provides validation and a source of income. Artist Flick Chafer-Smith (Ngarrindjeri) says:

I love the idea that someone has seen my painting and loved what I’ve done and paid their money, and have it on display in their home. It gives me so much pride.

In this way, identity is co-created. Participants who exhibit and sell their work with The Torch receive 100% of the sale price. This income can foster independence and lessen reliance on welfare, family and friends. In 2020, sales from The Torch’s exhibitions topped more than $250,000.

The Torch reports that of 66 participants in 2017–18 only 11% returned to prison. This is in stark comparison to the 44.2% of Victorian prisoners who returned to prison within two years of release (the rate of recidivism rises to 53.4% for Victorian Indigenous prisoners).

Indigenous Australians are incarcerated at the highest rate of any people in the world. The art exhibited by The Torch — and the people who engage with it as creators and viewers — can transform lives and light a new way forward.

The Torch’s Confined 12 exhibition is on from 13 May until 6 June at Glen Eira City Council Gallery. 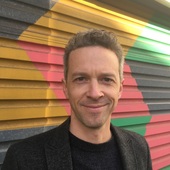