TAGG-Toorak Times
Home SCIENCE/TECHNOLOGY ENVIRONMENT Around the world, environmental laws are under attack in all sorts of...

As President Donald Trump mulls over whether to pull out of the Paris climate agreement, it is hard to imagine that he’s listening to the experts. US climate researchers are being so stifled, ignored or blackballed that France has now offered sanctuary to these misunderstood souls.

One might prefer to think of Trump as an outlier in an otherwise environmentally sane world. But alarmingly, there’s just too much evidence to the contrary.

A recent analysis, led by Guillaume Chapron of Sweden’s Agricultural University, reveals a rising tide of assaults on environmental safeguards worldwide. If nothing else, it illustrates the sheer range and creativity of tactics used by those who seek to profit at the expense of nature.

The assaults on environmental protections are so diverse that Chapron and his colleagues had to devise a new “taxonomy” to categorise them all. They have even set up a public database to track these efforts, giving us a laundry list of environmental rollbacks from around the world.

One might perhaps hope that species staring extinction in the face would be afforded special protection. Not in the western US states of Idaho and Montana, where endangered gray wolves have been taken off the endangered species list, meaning they can be shot if they stray outside designated wilderness or management areas.

In Western Australia, an endangered species can be legally driven to extinction if the state’s environment minister orders it and parliament approves.

Think diverse ecosystems are important? In Canada, not so much. There, native fish species with no economic, recreational or indigenous value don’t get any legal protection from harm.

And in France – a crucial flyway for Eurasian and African birds – killing migratory birds is technically illegal. But migrating birds could be shot out of the sky anyway because the environment minister ordered a delay in the law’s enforcement.

In South Africa, the environment minister formerly had authority to limit environmental damage and oversee ecological restoration at the nation’s many mining sites. But that power has now been handed over to the mining minister, raising fears of conflict between industry and environmental interests.

In Brazil, the famous Forest Code that has helped to reduce deforestation rates in the Amazon has been seriously watered down. Safeguards for forests along waterways and on hillsides have been weakened, and landowners who illegally fell forests no longer need to replant them.

In the Indian Ocean island nation of Mauritius, endangered species are protected by law, unless it is deemed to be in the “national interest” not to do so. Although an endangered species, the endemic Mauritius flying fox was annoying commercial fruit farmers, so the government has allowed more than 40,000 flying foxes to be culled.

And in Indonesia, it’s illegal to carry out destructive open-pit mining in protected forest areas. But aggressive mining firms are forcing the government to let them break the law anyway, or else face spending public money on legal battles.

Campaigners should also beware. Under new legislation proposed in the UK, conservation groups that lose lawsuits will be hit with heavy financial penalties.

In many parts of the world, those who criticise environmentally destructive corporations are getting hit with so-called “strategic lawsuits against public participation”, or SLAPP suits.

In Peru, for instance, a corporation that was mowing down native rainforest to grow “sustainable” cacao for chocolate routinely used lawsuits and legal threats to intimidate critics.

That’s before we’ve even discussed climate change, which you might not be allowed to do in the US anyway. Proposed legislation would prohibit the government from considering climate change as a threat to any species. No wonder researchers want to move overseas.

As the above examples show, essential environmental safeguards are being conveniently downsized, diminished, ignored or swept under the carpet all over the world.

Viewed in isolation, each of these actions might be rationalised or defended – a small compromise made in the name of progress, jobs or the economy. But in a natural world threatened with “death by a thousand cuts”, no single wound can be judged in isolation.

Without our hard-won environmental protections, we would all already be breathing polluted air, drinking befouled water, and living in a world with much less wildlife. 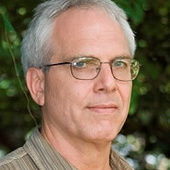 A Tibetan monk walks into a bar … the future of...