Antarctica lost 3 trillion tonnes of ice between 1992 and 2017, according to a new analysis of satellite observations. In vulnerable West Antarctica, the annual rate of ice loss has tripled during that period, reaching 159 billion tonnes a year. Overall, enough ice has been lost from Antarctica over the past quarter-century to raise global seas by 8 millimetres.

What will Antarctica look like in the year 2070, and how will changes in Antarctica impact the rest of the globe? The answer to these questions depends on choices we make in the next decade, as outlined in our accompanying paper, also published yesterday in Nature.

Our research contrasts two potential narratives for Antarctica over the coming half-century – a story that will play out within the lifetimes of today’s children and young adults.

While the two scenarios are necessarily speculative, two things are certain. The first is that once significant changes occur in Antarctica, we are committed to centuries of further, irreversible change on global scales. The second is that we don’t have much time – the narrative that eventually plays out will depend on choices made in the coming decade.

Change in Antarctica has global impacts

Despite being the most remote region on Earth, changes in Antarctica and the Southern Ocean will have global consequences for the planet and humanity.

For example, the rate of sea-level rise depends on the response of the Antarctic ice sheet to warming of the atmosphere and ocean, while the speed of climate change depends on how much heat and carbon dioxide is taken up by the Southern Ocean. What’s more, marine ecosystems all over the world are sustained by the nutrients exported from the Southern Ocean to lower latitudes.

From a political perspective, Antarctica and the Southern Ocean are among the largest shared spaces on Earth, regulated by a unique governance regime known as the Antarctic Treaty System. So far this regime has been successful at managing the environment and avoiding discord.

However, just as the physical and biological systems of Antarctica face challenges from rapid environmental change driven by human activities, so too does the management of the continent.

We considered two narratives of the next 50 years for Antarctica, each describing a plausible future based on the latest science.

In the first scenario, global greenhouse gas emissions remain unchecked, the climate continues to warm, and little policy action is taken to respond to environmental factors and human activities that affect the Antarctic.

Under this scenario, Antarctica and the Southern Ocean undergo widespread and rapid change, with global consequences. Warming of the ocean and atmosphere result in dramatic loss of major ice shelves. This causes increased loss of ice from the Antarctic ice sheet and acceleration of sea-level rise to rates not seen since the end of the last glacial period more than 10,000 years ago.

Warming, sea-ice retreat and ocean acidification significantly change marine ecosystems. And unrestricted growth in human use of Antarctica degrades the environment and results in the establishment of invasive species.

In the second scenario, ambitious action is taken to limit greenhouse gas emissions and to establish policies that reduce human pressure on Antarctica’s environment.

Under this scenario, Antarctica in 2070 looks much like it does today. The ice shelves remain largely intact, reducing loss of ice from the Antarctic ice sheet and therefore limiting sea-level rise.

The choice is ours

We can choose which of these trajectories we follow over the coming half-century. But the window of opportunity is closing fast.

Global warming is determined by global greenhouse emissions, which continue to grow. This will commit us to further unavoidable climate impacts, some of which will take decades or centuries to play out. Greenhouse gas emissions must peak and start falling within the coming decade if our second narrative is to stand a chance of coming true.

If our more optimistic scenario for Antarctica plays out, there is a good chance that the continent’s buttressing ice shelves will survive and that Antarctica’s contribution to sea-level rise will remain below 1 metre. A rise of 1m or more would displace millions of people and cause substantial economic hardship.

Under the more damaging of our potential scenarios, many Antarctic ice shelves will likely be lost and the Antarctic ice sheet will contribute as much as 3m of sea level rise by 2300, with an irreversible commitment of 5-15m in the coming millennia.

While challenging, we can take action now to prevent Antarctica and the world from suffering out-of-control climate consequences. Success will demonstrate the power of peaceful international collaboration and show that, when it comes to the crunch, we can use scientific evidence to take decisions that are in our long-term best interest. 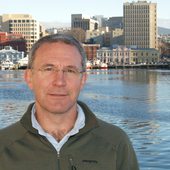 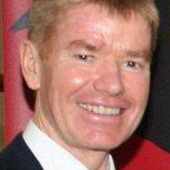