Acupuncture has become a frequently used treatment prior to and during in-vitro fertilisation (IVF). Women hope it will increase their chances of having a baby, but also provide support with reducing stress, and feeling relaxed and well while undergoing treatment.

Several small clinical trials have previously suggested acupuncture improved outcomes of stressful and unpredictable fertility treatments. But our new study has found this is not the case.

The study of more than 800 Australian and New Zealand women undergoing acupuncture treatment during their IVF cycles has failed to confirm significant difference in live birth rates.

The findings published yesterday in the Journal of the American Medical Association (JAMA) support recent guidelines from the American Society for Reproductive Medicine and two high-quality meta-analyses (which combine data from multiple studies to identify a common effect).

What the study found

We examined the effects of a short course of acupuncture administered during an IVF cycle. We were not able to show that acupuncture increased live births, clinical pregnancy or having fewer miscarriages.

Undertaken across 16 IVF centres in Australia and New Zealand, the randomised controlled clinical trial (that compares the effects of an experimental treatment on one group with those of a placebo or alternative treatment in another group) aimed to increase live births and pregnancies among 848 women aged 18 to 42, undergoing an IVF cycle using fresh embryos, over a four year period.

The first acupuncture treatment was given at the start of the IVF process when medication is given to stimulate the ovary to produce follicles.

Following successful fertilisation, acupuncture to recognised acupuncture points was performed prior to, and immediately following, the transfer of the embryo to the woman’s womb.

While a 4% increase might sound hopeful, given the low percentage of successful IVF births to begin with, this is not a big enough increase for scientists to conclude there is a difference. This means the study does not support that acupuncture can improve pregnancy or live birth rates for women undergoing IVF.

However, in clinical practice, acupuncture may include more sessions prior to an IVF cycle starting. Whether this would make a difference hasn’t been tested.

Why is this important?

Despite recent technological improvements to IVF, the success rate is still low. Consequently, new drugs, laboratory techniques and other treatments need to be developed and rigorously tested to explore their effects on producing healthy babies for women undergoing IVF.

Acupuncture has long been used for gynaecological and obstetric problems. In 2002, the first randomised controlled trial of acupuncture administered a specific form of IVF acupuncture at the time of embryo transfer. The results indicated the chance of achieving a pregnancy from acupuncture was twice that of women undergoing IVF treatment alone.

Further clinical trials were conducted to examine if these results could be replicated. Some trials found acupuncture had some effect and others found it had none.

Where did the acupuncture belief come from?

An adequate blood flow to develop immature eggs, and the endometrium (the lining of the uterus), is important to female fertility and pregnancy. Studies on a stronger form of acupuncture, electro-acupuncture, found it may influence central sympathetic nerve activity, and may increase blood flow in parts of the body, including improved blood flow and oxygenation to ovarian and uterine tissue.

Stress is thought to play a role in infertility. Among women undertaking IVF treatment, previous research has found an association between lower levels of stress and anxiety and increased pregnancy.

In our earlier research, acupuncture was shown to reduce the emotional stress and burden experienced by women during IVF treatment.

We hope the new findings will enable women and practitioners to make evidence-formed decisions about the use of acupuncture to achieve a pregnancy and live birth.

But unpublished findings from our trial highlight a supportive role from acupuncture with reducing stress, increased relaxation and improving how women feel about themselves while undergoing the demands of IVF treatments. These findings suggest while it probably won’t improve a woman’s chance of having a baby, acupuncture could help women deal with the emotional turmoil of IVF. 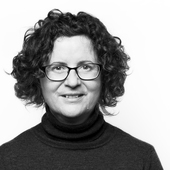 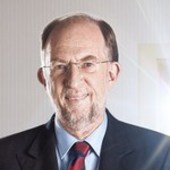 Albanese says Voice must be in the Constitution

Logged native forests mostly end up in landfill, not in buildings...

Nice to meet you, now back off! How to socially distance...