Article author, Gary Sturgess, was director-general of NSW Premier Nick Greiner’s cabinet office in 1988 and the “architect” of ICAC.

There has been a great deal of commentary about the NSW Independent Commission Against Corruption (ICAC) in recent days, in light of Gladys Berejiklian’s resignation as premier of New South Wales. Much of this has been ill-informed, and some correction is required as the debate over a federal ICAC rolls on.

The NSW ICAC, the first anti-corruption agency in Australia, established in 1988, is an extraordinarily powerful organisation. This should never be taken for granted. It usually conducts its hearings in public. This results in considerable capacity to do harm to the reputations of innocent people, by a counsel assisting who ignores legal conventions or by headline-seeking journalists.

Those powers are not without precedent in this country. The NSW ICAC is simply a standing royal commission, albeit one that, for reasons of independence, sets its own terms of reference.

Other than in the fields of corruption prevention and education, it did not borrow from the Hong Kong agency that bears the same name. The HK ICAC operates with a great deal of secrecy, as has been pointed out, but it exercises extraordinary powers in secret, including detention without warrant. The NSW government did not want to follow this precedent.

And contrary to what one member of the Greiner cabinet has recently claimed, it was not cobbled together from precedents around the world. It was directly modelled on the royal commission, an institution that Australians know well, where there was an existing body of law and practice on which commissioners and courts could draw.

Read more: ICAC is not a curse, and probity in government matters. The Australian media would do well to remember that

For the most part, royal commissions conduct their hearings in public and they publish reports that damage the reputations of named individuals. That is an onerous responsibility and mistakes are sometimes made. One could well understand the Australian public taking the view that the risks are too great and royal commissions should not be used in that way.

But we must be consistent. There were few complaints when Frank Costigan identified certain painters and dockers and their associates as criminals, or the more recent Hayne royal commission into banking and superannuation named and shamed company executives, shattering their careers.

Given this history, why would politicians and public servants be singled out for different treatment? If there were to be a change to the NSW legislation, there would need to be commensurate change to the legislation governing royal commissions.

Some commentators seem to think the NSW ICAC makes findings of criminal guilt or innocence. Others have claimed the legislation creates an offence of corrupt conduct, with the NSW premier having “breached the ICAC Act”. Neither statement is correct. Nor is the ministerial code of conduct “a regulation that sits under the ICAC Act”.

ICAC is simply a commission of inquiry that investigates and reports. If it encounters potential breaches of the criminal law, it has an obligation to hand those matters over to the director of public prosecutions. But it is primarily charged with delivering a report, as other royal commissions do.

Sections 8 and 9 of the NSW act, which provide the meaning of “corrupt conduct”, were designed to define the scope of its powers. It would be unacceptable for the executive government to provide ICAC with terms of reference on a specific allegation. There used to be an old saying in NSW politics – you don’t establish a royal commission if you don’t already know the answer – reflecting the ability of governments to limit political damage by drafting narrow terms of reference.

Section 8 is very wide – it covers a long list of corruption offences, both statutory and common law. But section 9, as originally framed, limited the scope of ICAC’s powers to matters that were already a criminal offence, a disciplinary offence or reasonable grounds for dismissal. The reason for these limitations was to avoid ICAC becoming a morals tribunal, making up standards of its own, or imposing standards retrospectively after a process of scandalisation had resulted in the emergence of new values.

That changed with the addition of section 9d in 1994, following the Supreme Court’s decision in the Greiner case. Parliament extended the scope of corrupt conduct, and so ICAC’s powers, to a substantial breach of a ministerial code of conduct.

Ministerial codes are not primarily about restating the criminal law. They are standards designed to ensure collective responsibility prevails for as long as possible, and that ministerial colleagues believe they can trust one another.

This amendment, initiated by the Liberal-National government of the day, substantially changed the role and function of ICAC. It shifted the focus away from criminal breaches of public trust to incorporate much less serious lapses. The result is that a body charged with exposing corruption, bearing a title that announces that it is charged with exposing corruption, is also responsible for investigating lapses in integrity that fall well short of criminality.

This is directly relevant to the current debate over a federal integrity commission. Senator Helen Haines’s bill borrows the wording of the relevant section from the NSW Act, although it extends the definition to include “a civil liability”. It’s a strange addition that would give this body powers to investigate matters that have nothing at all to do with integrity. This is guaranteed to result in confusion in the minds of the general public, and some journalists and commentators, who will confuse civil litigation, an unintended conflict of interest or a mere breach of convention with criminality.

There is a need for an ongoing anti-corruption body in NSW, to deal with those public officials like Eddie Obeid who flout the law. There is also a need for an integrity commissioner or a committee on standards in public life, utterly distinct from ICAC, to deal with less serious integrity issues, where conventions can be agreed on in a bipartisan way, and grown-up conversations can be had about the ethics that should apply in public life.

Confuse the two and treat all politicians as crooks, and there is the danger that we will end up with less integrity in public office, not more. 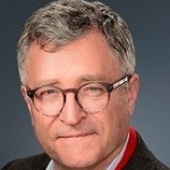