TAGG-Toorak Times
Home CONTRIBUTORS/BLOGGERS 50 shades whiter: what you should know about teeth whitening

The effect of teeth whitening was discovered quite by accident. In the past, dentists tried to treat gum disease with mouth rinses containing hydrogen peroxide. They noticed teeth became whiter over time following use of these mouthwashes.

In modern-day Australia, teeth whitening is offered by dentists, other dental practitioners and by cosmetic businesses on the high street. Many teeth-whitening products are also available over the counter for home application, including gels and strips. So which option is best and safest?

How do they work?

Teeth whitening is somewhat controversial; different countries have different rules regarding the permitted concentrations of hydrogen peroxide released by products and who may provide these.

In Australia, only a dental practitioner may provide products that release more than 6% hydrogen peroxide. In New Zealand, non-dentists may apply up to 12% hydrogen peroxide to whiten teeth. In the UK, it’s illegal for anyone other than dentists to use concentrations higher than 0.1%.

Despite lay practitioners in New Zealand using far higher concentrations of hydrogen peroxide, we don’t really have any evidence of harm to the public from this difference in policy.

So what’s the difference between teeth whitening by a dentist, in a cosmetic setting, and do-it-yourself home kits?

Recently, the lines between these categories have blurred somewhat. Many dentists now offer teeth-whitening treatments that are then taken home and used by consumers. Non-dentists are also offering “in-chair” whitening treatments, often with products that require light activation. Both of these methods work by releasing hydrogen peroxide, but in-chair systems tend to use products that release higher levels of hydrogen peroxide, especially those used by dentists.

Lab-based research suggests in-chair whitening by dentists increases the strength of enamel, making it more resistant to erosion from acid. In contrast, home whitening was shown to increase the loss of mineral content within enamel, which over time may lead to weakness.

The researchers suggest home systems should be used under the supervision of a dentist. Whitening products bought over the counter, when used excessively, could lead to damage to teeth over time.

Read more: Child tooth decay is on the rise, but few are brushing their teeth enough or seeing the dentist

The main difference is dentists will take a mould of your teeth and use that to make a whitening tray. This ensures the treatment touches your teeth only and not your gums. It’s important hydrogen peroxide isn’t left in contact with gums for a long time as this can cause burns.

Many outlets offering teeth whitening claim to use “peroxide-free” products. Consumers should ask what these actually contain. Products might be free of peroxide before use, but then release hydrogen peroxide when activated.

Products that genuinely don’t contain or release hydrogen peroxide are unlikely to be very effective in whitening teeth.

Once teeth have been whitened, you don’t have to keep on whitening them, but the effects will gradually fade over time. These usually last 6-12 months, depending on brushing and diet.

It doesn’t take too much searching to find a huge range of home remedies for teeth whitening. From rubbing banana peel on your teeth, to brushing with a mixture of lemon juice and bicarbonate of soda, there are lots of quick-fix teeth-whitening solutions. While many of these home remedies simply don’t work, many contain acids, sugars and powerful abrasives, which may lead to tooth damage and poorer dental health if used routinely.

Toothpastes that contain charcoal have increased in popularity in recent times. Some promote these products as beneficial for oral health and teeth whitening. However, a recent review in the Journal of the American Dental Association found insufficient evidence to support these claims.

Read more: Explainer: what are wisdom teeth and should I get mine out?

Before you undergo any course of teeth whitening, it would be a good idea to have a check-up to make sure your mouth is healthy. It’s quite common for teeth-whitening products to cause sensitivity. Usually this is temporary in effect. Identifying any dental health issues beforehand will reduce the risk of experiencing too many surprises.

One limitation of any type of whitening treatment is that dental restorations, such as tooth-coloured fillings, veneers and crowns (caps), won’t change colour, as the whitening only takes effect on natural teeth.

This can then result in a mismatch between the whitened natural teeth and any such restorations. It’s a factor to consider when having teeth whitened by someone without formal dental training as they might not be able to predictably identify which teeth will not whiten.

Treatment by dentists typically costs more, but comes with more assurances for patients. Dentists can use stronger products, are more likely to understand what is achievable with each type of whitening (office-based or home) and can also help more effectively if anything goes wrong. 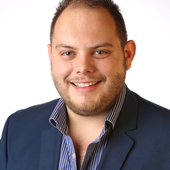 I teach and play gospel music and I think Kanye’s Jesus...

Our culture of overtime is costing us dearly