Aboriginal and Torres Strait Islander people should be aware this article contains the name of a deceased person.

The Treaty on the Prohibition of Nuclear Weapons received its 50th ratification on October 24, and will therefore come into force in January 2021. A historic development, this new international law will ban the possession, development, testing, use and threat of use of nuclear weapons.

Unfortunately the nuclear powers — the United Kingdom, France, the United States, Russia, China, Israel, India, Pakistan and North Korea — haven’t signed on to the treaty. As such, they are not immediately obliged to help victims and remediate contaminated environments, but others party to the treaty do have these obligations. The shifting norms around this will hopefully put ongoing pressure on nuclear testing countries to open records and to cooperate with accountability measures.

For the people of the Pacific region, particularly those who bore the brunt of nuclear weapons testing during the 20th century, it will bring a new opportunity for their voices to be heard on the long-term costs of nuclear violence. The treaty is the first to enshrine enduring commitments to addressing their needs.

From 1946, around 315 nuclear tests were carried out in the Pacific by the US, Britain and France. These nations’ largest ever nuclear tests took place on colonised lands and oceans, from Australia to the Marshall Islands, Kiribati to French Polynesia.

The impacts of these tests are still being felt today.

All nuclear tests cause harm

The total number of global cancer deaths as a result of atmospheric nuclear test explosions has been estimated at between 2 million and 2.4 million, even though these studies used radiation risk estimates that are now dated and likely underestimated the risk.

The number of additional non-fatal cancer cases caused by test explosions is similar. As confirmed in a large recent study of nuclear industry workers in France, the UK and US, the numbers of radiation-related deaths due to other diseases, such as heart attacks and strokes, is also likely to be similar.

‘We all got crook’

Britain conducted 12 nuclear test explosions in Australia between 1952 and 1957, and hundreds of minor trials of radioactive and toxic materials for bomb development up to 1963. These caused untold health problems for local Aboriginal people who were at the highest risk of radiation. Many of them were not properly evacuated, and some were not informed at all.

We may never know the full impact of these explosions because in many cases, as the Royal Commission report on British Nuclear Tests in Australia found in 1985: “the resources allocated for Aboriginal welfare and safety were ludicrous, amounting to nothing more than a token gesture”. But we can listen to the survivors.

The late Yami Lester directly experienced the impacts of nuclear weapons. A Yankunytjatjara elder from South Australia, Yami was a child when the British tested at Emu Field in October 1953. He recalled the “Black Mist” after the bomb blast:

It wasn’t long after that a black smoke came through. A strange black smoke, it was shiny and oily. A few hours later we all got crook, every one of us. We were all vomiting; we had diarrhoea, skin rashes and sore eyes. I had really sore eyes. They were so sore I couldn’t open them for two or three weeks. Some of the older people, they died. They were too weak to survive all the sickness. The closest clinic was 400 miles away.

His daughter, Karina Lester, is an ambassador for the International Campaign to Abolish Nuclear Weapons in Australia, and continues to be driven by her family’s experience. She writes:

More than 16,000 Australian workers were also exposed. A key government-funded study belatedly followed these veterans over an 18-year period from 1982. Despite the difficulties of conducting a study decades later with incomplete data, it found they had 23% higher rates of cancer and 18% more deaths from cancers than the general population.

An additional health impact in Pacific island countries is the toxic disease “ciguatera”, caused by certain microscopic plankton at the base of the marine food chain, which thrive on damaged coral. Their toxins concentrate up the food chain, especially in fish, and cause illness and occasional deaths in people who eat them. In the Marshall Islands, Kiritimati and French Polynesia, outbreaks of the disease among locals have been associated with coral damage caused by nuclear test explosions and the extensive military and shipping infrastructure supporting them.

Pacific survivors of nuclear testing haven’t been focused solely on addressing their own considerable needs for justice and care; they’ve been powerful advocates that no one should suffer as they have ever again, and have worked tirelessly for the eradication of nuclear weapons. It’s no surprise independent Pacific island nations are strong supporters of the new treaty, accounting for ten of the first 50 ratifications.

Some nations that have undertaken nuclear tests have provided some care and compensation for their nuclear test workers; only the US has made some provisions for people exposed, though only for mainland US residents downwind of the Nevada Test Site. No testing nation has extended any such arrangement beyond its own shores to the colonised and minority peoples it put in harm’s way. Nor has any testing nation made fully publicly available its records of the history, conduct and effects of its nuclear tests on exposed populations and the environment.

These nations have also been negligent by quickly abandoning former test sites. There has been inadequate clean-up and little or none of the long-term environmental monitoring needed to detect radioactive leakage from underground test sites into groundwater, soil and air. One example among many is the Runit concrete dome in the Marshall Islands, which holds nuclear waste from US testing in the 1940s and 50s. It’s increasingly inundated by rising sea levels, and is leaking radioactive material.

The treaty provides a light in a dark time. It contains the only internationally agreed framework for all nations to verifiably eliminate nuclear weapons.

It’s our fervent hope the treaty will mark the increasingly urgent beginning of the end of nuclear weapons. It is our determined expectation that our country will step up. Australia has not yet ratified the treaty, but the bitter legacy of nuclear testing across our country and region should spur us to join this new global effort. 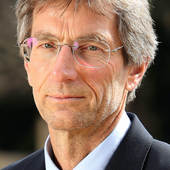 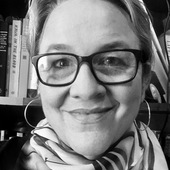 Latest isolation rules for critical workers gets the balance right. But that’s not the end of the story

Why Novak Djokovic lost his fight to stay in Australia –...