Many culturally important books by Australian authors are out of print, hard to find as secondhand copies, and confined to the physical shelves of a limited number of libraries. Effectively, they have become inaccessible and invisible — even including some Miles Franklin award winners by authors such as Thea Astley and Rodney Hall.

To ensure these works can be read, a team of authors, librarians and researchers are working together on Untapped: the Australian Literary Heritage Project.

By digitising out of print books and making them available for e-lending, the project will create a royalty stream for the authors involved, as well as income for the arts workers we are employing as proofreaders.

Commercial publishing lists, such as Text Classics and Allen & Unwin’s House of Books, do a great job of breathing new life into some of Australia’s lost books. But they often focus on literary fiction, to the exclusion of genre fiction, children’s books and non-fiction, which also need to be preserved.

Here are 10 of our favourites we’re excited to digitise so you can borrow from your local library straight to your e-device. We expect these and other books in the project to be available in the first half of 2021 – and you too can nominate a book for inclusion in the collection here.

Before Coonardoo (1929), Prichard’s best known work, there was Working Bullocks.

The novel describes the trials of Red Burke, a bullock driver in Western Australia, trying to make a living in a post-war Australia.

Just after the novel’s original publication, it was described by John Sleeman of The Bookman in the UK as “the high-water mark of Australian literary achievement in the novel so far”.

Sean Williams has written over 50 books, including co-authored titles with authors such as Shane Dix and Garth Nix which have appeared on the New York Times bestseller list.

Metal Fatigue was Williams’ debut. Set in a small American city 40 years after the end of a nuclear war, the residents must decide if they want to join the newly forming Re-United States of America.

I’m Not Racist, But… explores identity, pride and political correctness; proposes alternative words to the national anthem; and reveals how it is to grow up as an Indigenous woman in Australia.

This is a landmark work along Australia’s slow road to racial reckoning.

The multi-award winning Space Demons was Gillian Rubinstein’s first book and began the much-loved trilogy of the same name.

It follows four ordinary kids drawn into a dangerous new computer game – instead of simply watching the game on the screen, they become part of it. And there is no way to know if they will escape.

With its gripping plot and local setting, Space Demons introduced many children to Australian science fiction – and led to many Australians first discovering their love of reading.

Noonkanbah: Whose Land, Whose Law (1989) by Steve Hawke, with photographs by Michael Gallagher

In 1979-80, the Yungngora people protested to stop the American company Amax drilling for oil on a sacred site on Noonkanbah Station, Western Australia.

This book is the detailed first-hand account of what became a high profile, ground-breaking land rights campaign, leading to the formation of the Kimberley Land Council. The Yungngora people wouldn’t have their native title rights recognised until 2007.

Alongside the reporting by Hawke, son of former PM Bob Hawke?, the book includes photographs taken by anthropologist Michael Gallagher.

This is an essential work of Australian history.

The Unlucky Australians (1968) by Frank Hardy

Frank Hardy was known for his political activism around labour rights, and as the author of 16 books. Almost his entire backlist is out of print, with the notable exception of Power Without Glory (1950).

In The Unlucky Australians, Hardy tells the story of the Gurindji people and the opening years of the strike they began in 1966.

Their protest against poor working and living conditions, seeking the return of their traditional lands, lasted nine years.

The Whitlam government returned some of those lands in 1975 with the historic transfer of “a handful of dirt” and the strike led to the passage of the historic Aboriginal Land Rights (Northern Territory) Act in 1976.

A vital piece towards understanding the shameful labour conditions inflicted upon Indigenous Australians, this book should never have gone out of print.

Inspired by three real life charismatic and dangerous individuals, these dark stories of abused trust and misplaced faith are transformed, taking on a gothic quality, with complex narratives, unlikely narrators and fairy-tale elements.

The White Garden is an ambitious novel following the misdeeds of the psychiatrist Dr Goddard (or Dr God, for short) in a hospital in the 1960s. Red Shoes takes us into the world of a religious cult. Cape Grimm looks at a religious order after its members are killed by their charismatic leader.

The Mindless Ferocity of Sharks (2003) by Brett D’Arcy

The Mindless Ferocity of Sharks is coming-of-age story about “Floaty Boy”, an 11-year-old with a love of body-surfing, his family, and what happens when his older brother disappears.

Described by the Australian Book Review as “Tim Winton on speed”, D’Arcy shines his own spotlight on Western Australia, exploring the duality of a life spent between the waves and the shore – and what happens when a family becomes torn apart by loss.

These book reviews were a joint collaboration between: 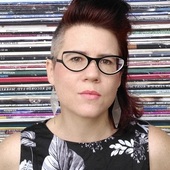 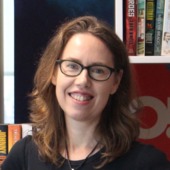 Rebecca Giblin and Airlie Lawson receive funding from the Australian Research Council. This work is supported by ARC grants FT170100011 and LP160100387. ‘Untapped: the Australian Literary Heritage Project’ also receives funding and support from the State Library of Western Australia, the Australian Library and Information Association, the Australian Society of Authors, Libraries Tasmania, Ligature Press, Libraries ACT and Libraries SA. As other partners come on board, they will be listed at untapped.org.au.