Endometriosis is a chronic, inflammatory condition where tissue similar to the lining of the uterus is found outside of the womb. It affects around one in ten women of reproductive age, causing pain, infertility and gastrointestinal symptoms.

Women often report difficulty getting their pain and other symptoms under control, despite medication or even surgery.

Our research, published yesterday, found one in ten Australian women with endometriosis reported using cannabis to manage their pain and other symptoms.

What did our study find?

We surveyed 484 women with surgically diagnosed endometriosis about the self-management strategies they used.

Out of all of the self-management techniques, cannabis was rated as the most effective for managing pain.

Women who reported higher levels of pain were more likely to use cannabis than those with milder symptoms. This may be because they couldn’t get relief through other measures.

One in ten cannabis users reported side effects, which included anxiety, drowsiness and tachycardia (fast heart rate). This is consistent with other research.

The endocannabinoid system (ECS) is a complex regulatory system comprised of various receptors, chemicals that bind with these receptors, and enzymes. It helps maintain balance (homeostasis) in our bodies and is important for a wide range of actions, including metabolism, inflammation and immune function.

The ECS is distributed throughout most organs in the human body, but is more abundant in the central nervous, immune and female reproductive systems.

Chemicals from cannabis, including the cannabinoids tetrahydrocannabinol (THC) and cannabidiol (CBD), can interact with the ECS and other receptor types. This suggests a mechanism for how cannabis may alleviate pelvic pain in women with endometriosis.

Read more: Why is it still so hard for patients in need to get medicinal cannabis?

Emerging research shows medicinal cannabis can help manage a number of conditions, including chronic pain in adults, the spasticity of multiple sclerosis, intractable epilepsy (where seizures can’t be controlled with medication) and chemotherapy-induced nausea and vomiting.

Medical practitioners in Australia can legally prescribe medicinal cannabis through regulated pathways such as the Special Access Scheme Category B and the Authorised Prescriber Scheme. These pathways are typically used by doctors for unapproved medicines.

According to discussions with prescribing doctors and patients, approvals for medicinal cannabis for pain associated with endometriosis have been successful through these regulated, legal channels.

However, at the time our survey was administered, in late 2017, it’s likely most women who were using cannabis accessed it illicitly. No Special Access Scheme approvals had been granted for endometriosis at the time. Further, most women we surveyed reported smoking cannabis, which is very rarely prescribed by doctors in Australia.

Despite the perception that “natural” equals safe, cannabis use does come with risks. These should be discussed with and monitored by medical professionals.

Why do women resort to cannabis and self care?

Both surgical and pharmaceutical treatments are commonly used for endometriosis.

Surgery can reduce pain, at least in the short to medium term.

Recent reviews have found hormonal treatment options can be effective at managing pain but these are often discontinued or avoided due to significant side effects, such as headaches, mood swings and depression.

Non-steroidal anti-inflammatories (NSAIDs) like ibuprofen don’t seem to be effective at alleviating pain from endometriosis.

In the US, opioids (oxycodone and codeine) are commonly prescribed for endometriosis. Rates of opioid prescription are much lower in Australia but it’s still relatively common among women. This puts women at risk of dependence and potential overdose.

Women with endometriosis report wide-ranging negative impacts on their daily lives, from having to reduce their social activities to problems going to work or studying. It can also cause poor mental and emotional health and affect their sexual and romantic relationships.

So what needs to happen next?

Our survey data shows Australian women are already using cannabis for endometriosis-associated pain, regardless of legality, and with few reported side effects.

However, these survey responses are self-reported so there may be issues such as recall bias. This can lead to over or underestimation of either benefits or harms.

Given women with endometriosis are often suffering without adequate pain control, well designed clinical trials are urgently needed to determine how effective and safe quality-controlled medicinal cannabis might be in treating the symptoms of endometriosis. 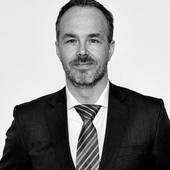 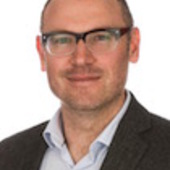